Israel is suspected of carrying out an airstrike in the Euphrates Valley, killing at least 17 Iran backed militants reports Zaman Al Wasl. 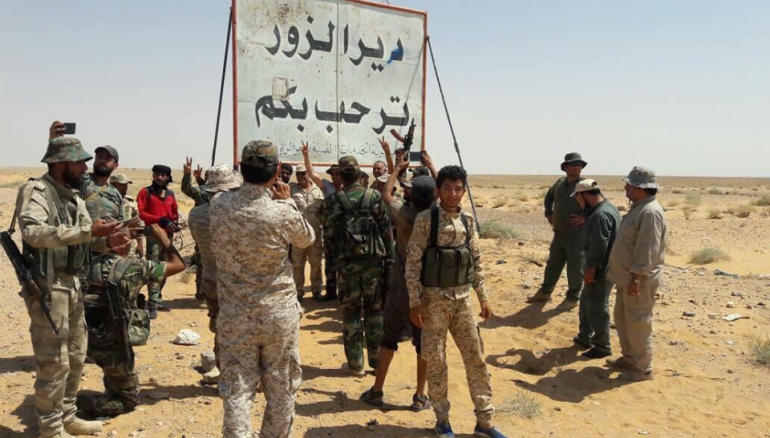 The number of Iran-backed militants killed by a suspected Israeli airstrikes in eastern Syria has reached 17, local activists said Wednesday.

Tuesday’s overnight strikes targeted, “three positions of the (Iranian) Revolutionary Guards and allied (Iraqi) militias” in Albu Kamal, in the Euphrates Valley just across the border from Iraq, the Syrian Observatory for Human Rights said.

The strikes came as tensions mounted between arch-foes Iran and the United States after Washington blamed Tehran for the attacks on Saudi oil installations.

This was the second strike against pro-Iranian forces in eastern Syria in little more than a week.

On Sept. 9, 2019, airstrikes killed 18 fighters, including Iranians, according to the Observatory.

Those strikes were blamed on Israel by a media outlet run by Iran’s Lebanese ally Hezbollah.

Neither Israel nor the Syrian regime made any comment.

In June last year, strikes near the Iraqi border killed 55 fighters, most of them Syrian or Iraqi. A US official speaking on condition of anonymity said Israel was responsible.

Before their defeat in March, much of eastern Syria was held by the Islamic State.

The Euphrates Valley is now divided into a zone held by forces loyal to the Syrian government and its ally Iran and another held by the Kurdish-led Syrian Democratic Forces and their allies in a US-led coalition, which in the past has carried out air raids on pro-regime forces.

Israel launched wild-scale airstrikes in 2018 and 2019, targeting over 70 Iranian targets in the war-torn country.

Israel wants to prevent by all means the existence of a “Shiite corridor” linking “Tehran to Damascus,” top Israeli officials say.

Annually, the Iranian regime spends an average 10-12 billion dollars in Syria, while the annual support afforded by the government to Iranian citizens is approximately 8 billion dollars, reports say.