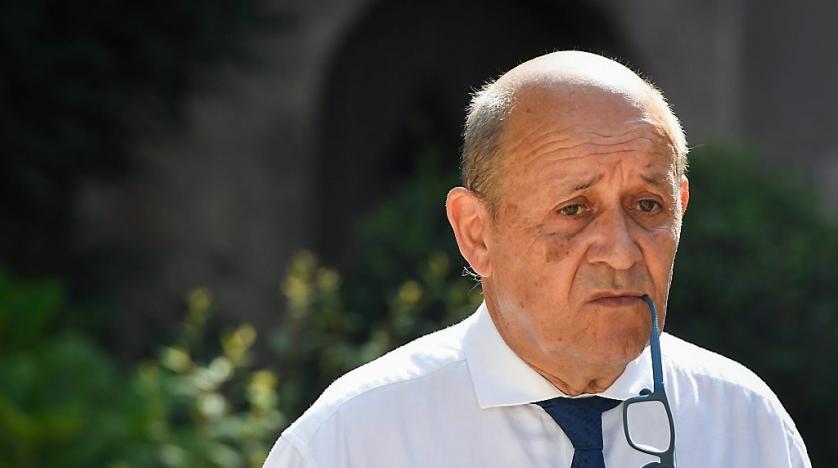 The families of several children and wives of French militants in Syria have filed lawsuits against France’s top diplomat over his refusal to let them come to France, lawyers said Monday.

The suits, filed in July and September, accuse Foreign Minister Jean-Yves Le Drian of “failing to provide aid” to people in “danger” at camps operated by Kurdish-led Syrian Democratic Forces in northeastern Syria.

The complaints were filed with the Court of Justice of the Republic (CJR), which hears cases over alleged misconduct by former or serving ministers.

It is the latest legal challenge to France’s longstanding opposition to allowing the children and wives of suspected militants in Syria or Iraq to return home.

The government, which says it considers requests on a case-by-case basis only, has brought back just 17 children since March, many of them orphans.

Critics say the policy exposes innocent victims of the war, many of whom have suffered serious trauma during the fighting and coalition bombardments, to long-term psychological risks.

“The policy of ‘case by case’ keeps more than 200 children and their mothers exposed to inhumane and degrading treatment, and at risk of death,” the lawyers said

They note that Kurdish officials are also pressing European governments to repatriate citizens who went to fight for the ISIS group in Syria, as well as their family members.

“It’s a political choice not to save these children and mothers being held arbitrarily,” one of the lawyers, Marie Dose, told AFP.

Asked about the lawsuit, a foreign ministry spokeswoman said in a statement that France remained “fully mobilized so that each situation is handled with the children’s interests in mind.”

“Our priority is to ensure the return of the most vulnerable orphan or isolated children,” she added.

A similar lawsuit was filed against France last May at the European Court of Human Rights, by the grandparents of two children stranded with their French militant mother in Syria.

The boy and girl, who were born in Syria, are among an estimated 500 children of French citizens who joined the ISIS so-called “caliphate” before the extremists’ last Syrian redoubt was overrun in March.