An attack in the de-escalation zone, east of Homs province, has been repelled by Maghaweir al-Thowra, killing a dozen regime soldiers reports Zaman Al Wasl. 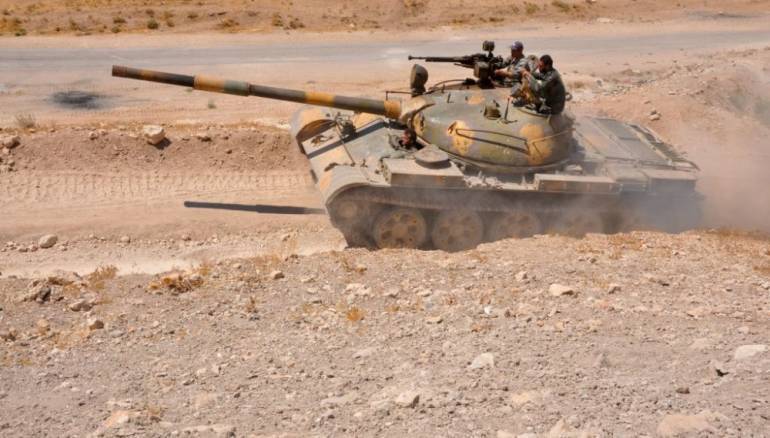 Maghaweir al-Thowra thwarted an attack by the regime army and allied militias in a desert area east of Homs province, leaving a dozen and wounded, the rebel group said Wednesday.

The US-backed Maghaweir al-Thowra group said the attack took place in a de-escalation zone near the Iraqi border.

Bashar al-Assad, who now controls around 60 percent of the country, has vowed to reclaim the rest.

Maghaweir al-Thowra has been playing key role in the delivery of aid to the al-Rukban camp on the Jordanian border and to the displaced people near the al-Tanf border crossing with Iraq.