Representatives from Arab and Western countries have attended the Damascus International Fair, but visitor numbers have been down on previous years reports Sowt al-Asima. 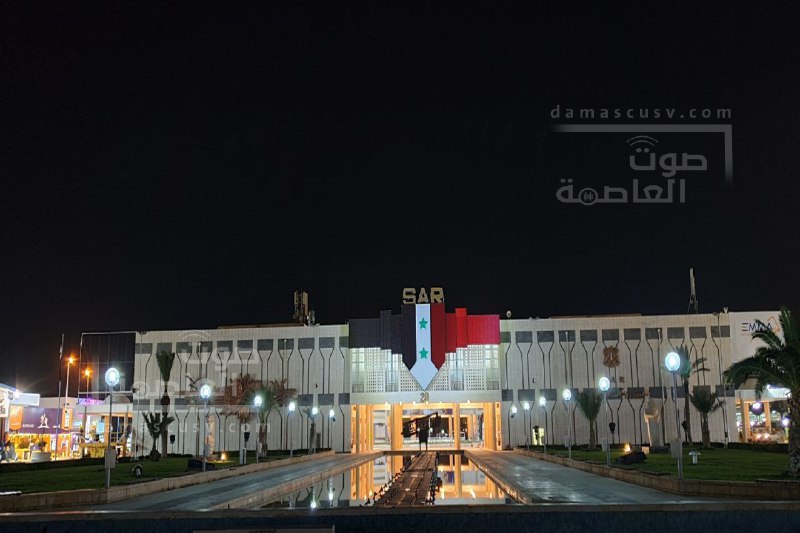 A number of Arab and Western delegations entered Syria to take part in the Damascus International Fair currently being held, despite American threats to impose sanctions on participating companies.

An Emirati delegation entered the fair to take part, with mediation by Syrian businessmen Samer Foz, Mazen al-Tarazi, and the brothers Moataz and Ramez al-Kheyat, amid reports of a new stage starting in the exchange of goods between the two countries in the near future.

Syrian businessman Mohamed Hamshou proposed resuming exports to the UAE, which obtained a preliminary agreement from all members of the delegation to discuss the proposal immediately after the fair ended.

Iran, which is considered the most prominent participant at the fair, with the most invested in terms of space and number of companies, while Russia’s participation was limited to very small companies and very small spaces. China was almost entirely absent, with the exception of two companies represented by Syrian traders.

The pro-regime newspaper Al-Watan said a number of contracts were signed with members of a Swedish delegation participating in the fair, mostly importing from Syria, without clarifying any additional details. It then became clear that the delegation does not represent official Swedish companies, but Iraqi and Syrian expatriates who took part in the fair and bought Syrian products highly demanded by refugees in Sweden, most importantly the foodstuffs used in Syrian cuisine such as spices, olive oil and others.

During the fair, the Crimean delegation signed a commercial and economic cooperation agreement with the Syrian side, which included government tenders on Syrian land, most prominently the reconstruction of the railway and the supplying of grain and oil products.

Despite forcing government institution employees to attend the fair, and sending them on free buses as part of a media stunt about the high numbers of visitors, their proportion this year was very limited compared with the previous two years, when the number of attendees on some days was more than 500,000 visitors.