The burning of rubbish lead to a fire breaking out at the Albil camp in the northern countryside of Aleppo, wounding four reports Zaman Al Wasl. 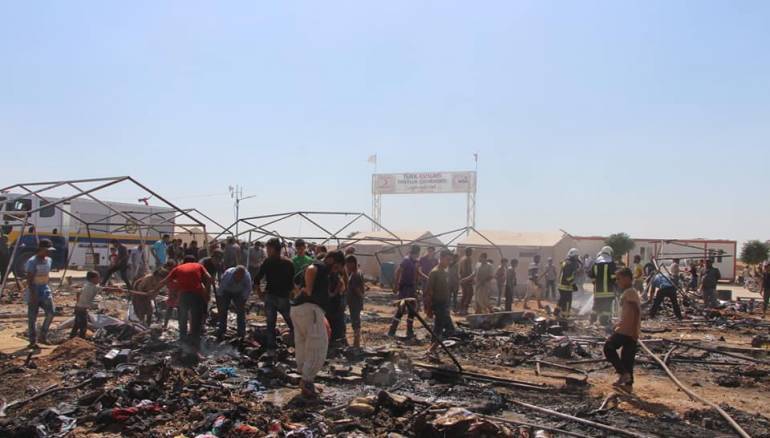 The fire was caused by the burning of rubbish in the Albil camp near Soran town in the northern countryside of Aleppo.

Another fire broke out in the al-Hol camp in northeastern Hassakeh province on Saturday, which left nine displaced people wounded, mostly women and children.

Malaz al-Yousef told Zaman al-Wasl that three women and four children were wounded in the fire that destroyed nine tents.

The sprawling camp in northern Hassakeh province was opened in December 2018 to host people from territory previously controlled by the Islamic Sate and taken over by the Kurdish-led Syrian Democratic Forces.