A ceasefire announced in Idleb, US strike al-Qaeda affiliate, UAE businessmen attend Damascus International Fair and Erdogan demands action on safe zone. Catch up on everything that happened over the weekend. 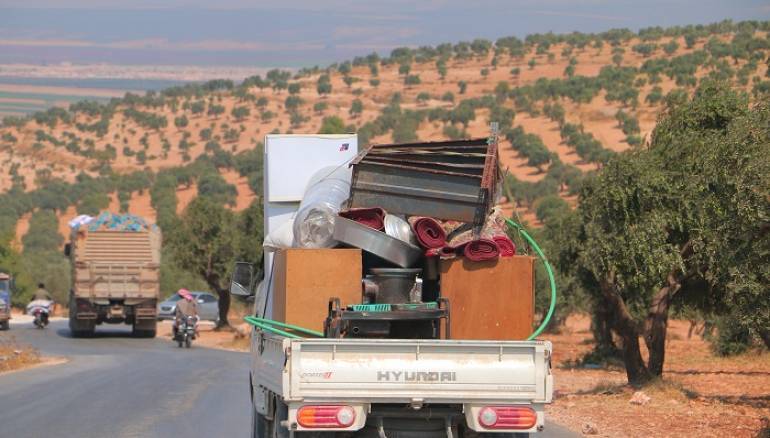 1. Airstrikes on Syria’s northwestern Idleb region stopped on Saturday after a Russian-backed ceasefire went into effect following four months of deadly bombardments, according to the Syrian Observatory for Human Rights. On Friday, Russia announced that Syrian government forces would observe a new ceasefire from Saturday morning in Idleb. It said the truce aimed “to stabilize the situation” in Idleb, one of the last holdouts of opposition to forces of Syrian President Bashar al-Assad.

2. On Saturday, a US-led coalition airstrike killed dozens of militants in Syria’s Idleb province, on the first day of a ceasefire in the rebel-held enclave. At least 40 militants belonging to Hurras al-Deen, an al-Qaeda affiliate, and other militant groups such as Ansar al-Tawhid were killed at a training camp, sources told the Middle East Eye. The Pentagon confirmed responsibility for the strike. The US-led coalition fighting the Islamic State group have previously struck militants in the rebel-held enclave. A source, who spoke on condition of anonymity, said the attack hit the militants on the road between the cities of Maarrat Misrin and Idleb, and targeted a militant headquarters. “There is a very high security alert. I think the attacks targeted Hurras al-Deen leaders,” the source said.

3. A delegation of at least 40 businessmen from the United Arab Emirates attended a state-backed trade fair in Syria’s capital, defying US warnings against doing business with the government and associates of President Bashar al-Assad. According to Reuters, the UAE, one of Washington’s main regional allies, has started to forge closer ties with Damascus, to counter the influence of its rivals Iran and Turkey. In December, it reopened its embassy in Damascus, angering Washington. The Fair was attended by representatives from companies such as construction firm Arabtec Holding, and other investment firms headed by prominent Emirati businessmen, as well as members of the chambers of commerce, delegates said.

4. On Saturday, Turkey’s President Recep Tayyip Erdogan threatened to launch an operation in northeastern Syria if Turkish troops are not given control of the “safe zone” that Ankara and Washington had agreed to set up. “We do not have a lot of time or patience regarding the safe zone. Within a few weeks, if our soldiers do not start to actually control this area, there will be no other option left but to implement our own operation plans,” Erdogan said during a speech in Istanbul. The speech was quoted in Al-Araby al-Jadeed. Erdogan previously said US President Donald Trump had promised the “safe zone” would be 32-kilometre deep. A joint operations center has been set up and joint patrols are expected to start soon.