A joint committee of Turks and Syrian have met to discuss the situation and challenges faced by Syrian refugees living in Istanbul writes The Syrian National Coalition. 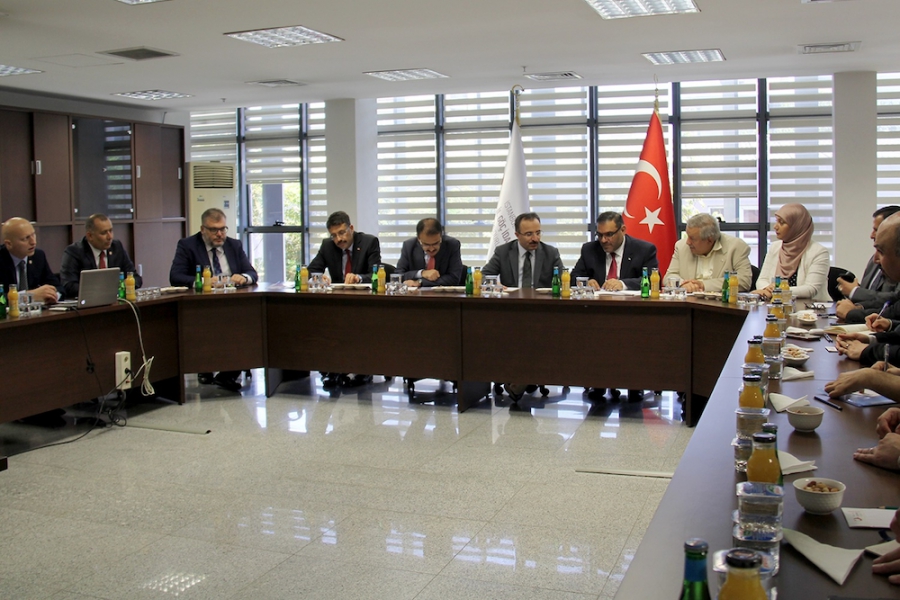 On Wednesday, the Syrian-Turkish Joint Committee convened at the Department of Immigration in Istanbul to look into the situation of Syrian refugees in Turkey and follow up on the resolving of the outstanding issues facing the Syrian nationals in Turkey, especially those living in Istanbul. The participants in the meeting included the President of the Syrian National Coalition, Anas Al-Abda, and the Turkish Deputy Interior Minister, Ismail Çatakli.

The Committee said it had reviewed all the requests it received through its online forum, adding that the requests are being processed. It called on those having legal issues to send requests to get these issues duly processed.

The Committee stressed the need to register the unregistered Syrian nationals and to settle their legal status, allowing them protection against any measure and providing them with stability. The Turkish Interior Ministry stressed the importance of carrying on with the law enforcement and filling the loopholes within the specified deadline.

The Turkish Interior Ministry has instructed all provinces to form sub-committees comprising the local administrations, opinion leaders, Turkish and Syrian civil society organizations, and representatives of the Joint Committee to follow up on the situation of Syrian nationals; solve their problems; and establish a mechanism to manage their affairs. A sub-committee will be formed in each municipality hosting 1,000 or more refugees.

The Turkish Interior Ministry has extended the grace period given to Syrian refugees in Istanbul to settle their status to Oct. 30, 2019, after a request was submitted to the Turkish Minister of the Interior on Jul. 24, 2019.

As part of the work of the Joint Committee, a group of Syrian refugees were returned to Turkish territory last week. The returnees were part of a list that was submitted to Turkish authorities, which said it would look into all similar cases.

The Coalition has launched on its official website a special page to follow up on the affairs of Syrian refugees and residents in Turkey within the framework of the work of the Joint Committee.

The page allows Syrian nationals in Turkey who have certain problems and legal issues to submit their information and documents for reviewing by the Turkish authorities.