The Syrian government has lashed out the Turkish regime for supplying terrorists in Idleb with weapons and equipment writes SANA. 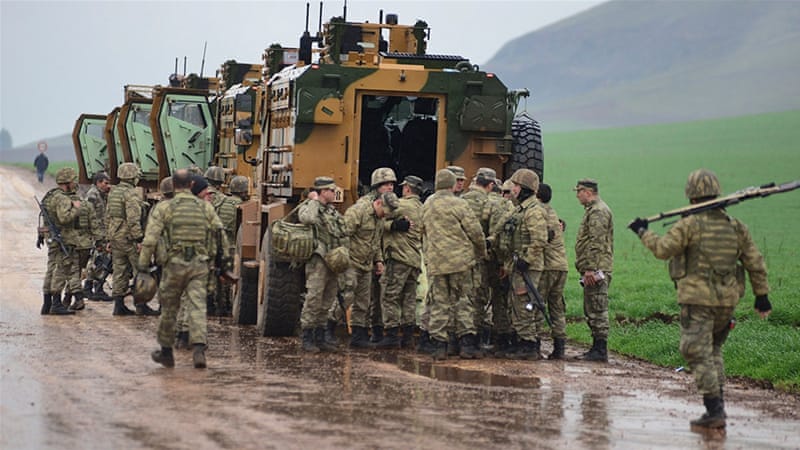 Syria strongly condemned the passage of Turkish vehicles loaded with ammunition, weapons and equipment via the Syrian-Turkish borders and their entrance to Saraqeb City on their way to Khan Sheikhoun, to help the defeated terrorists of Jabhat al-Nusra, asserting that this action affirms again the continued unlimited support provided by the Turkish regime to terrorist groups.

An official source at the Foreign and Expatriates Ministry said in a statement to SANA that, “Turkish vehicles loaded with ammunition, weapons and equipment passed through the Syrian-Turkish borders on Monday morning and entered Saraqeb City on their way to Khan Sheikhoun to help the defeated terrorists of Jabhat al-Nusra, who have been listed as a terrorist organization by the UN Security Council.”

“Syria affirms that this aggressive behavior by the Turkish regime will not in any way affect the determination of the Syrian Arab Army to continue to hunt down the remnants of terrorists in Khan Sheikhoun and other areas, until every inch of Syria is liberated from terrorism,” the source concluded.