The Syrian pound has suffered a slump against the US dollars in opposition controlled areas, adding to the economic woes of those who live there writes Iqtissad. 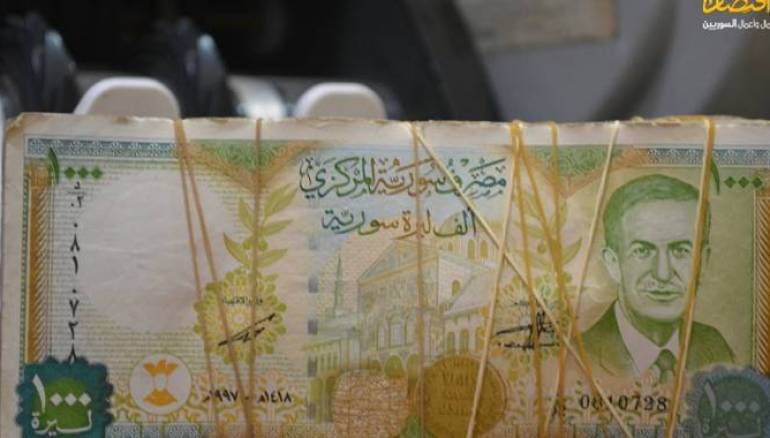 Since Saturday, the local exchange rate of the Syrian pound against the US dollar has declined in opposition-held areas.

While in Hassakeh, Manbij and Qamishli, it reached 615 pounds to buy and 617 pounds to sell.

Finally, in Damascus, the dollar rose to its highest rate in two months, recorded at 608 pounds to buy and 610 pounds to sell.

The central bank kept “remittances and imports” at 434 pounds, as well as “private intervention” across banks at 436 Syrian pounds.