Russian statistics have revealed that there are currently 140,000 Syrian soldier under the control of Russian forces reports Al-Modon. 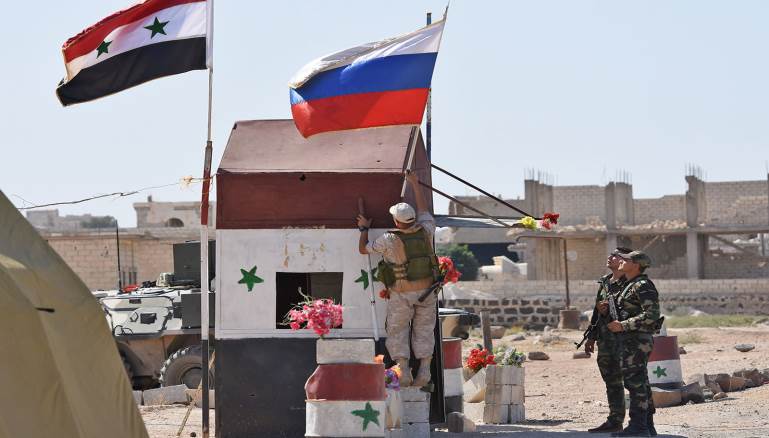 A military source has told Al-Modon that the number of Syrian forces under the control of Russia is over 140,000, including officers, non-commissioned officers and conscripts, in military barracks under Russia’s control, including security branches and intelligence directorates, according to Al-Modon’s correspondent, Saleem al-Nahas.

A source told Al-Modon that this number is a Russian statistic, issued in July 2019, after a series of recent military and security changes which Russia carried out.

A source close to the Russians told Al-Modon that the number of officers who received training in Russia in 2019 was about 650 officers, including major generals, brigadier generals and colonels. They attended courses on scientific research, air defense, staff administration, technology sciences, morale enhancement and military administration. They will shortly undergo additional courses in Syria before taking sensitive posts in the army and intelligence agencies.

In another development, a source said that the decision to discharge some regime forces, including Classes 105, 107 and 108, which include officers and non-commissioned officers, had been issued. The General Commander of the Army and Armed Forces, Bashar al-Assad, in June discreetly signed the decision, after a direct Russian request.

The silence over the news came because of swift developments in northern and eastern Syria, and discussions of an American-Turkish safe zone.

The source said that recently issued Russian instructions had called for a reliance on local militias such as the National Defense and Popular Committees as well as the “reconciliation” units and militias affiliated with the Fourth Division and Republican Guard to take part in the Idleb fighting, while preparing to take dozens of military units away from the fighting and to retrain them and prepare them to be under direct Russia command, apart from any military operations. This was accompanied by preventing the establishment of Iranian or pro-Iran militia bases in these barracks, preparing to form a new “Syrian Army” without Iranian intervention.