Pilots from the regime have received training in Russia on the Yak-130 twin seat trainer jet, which is used as a light attack and reconnaissance jet writes Zaman Al Wasl. 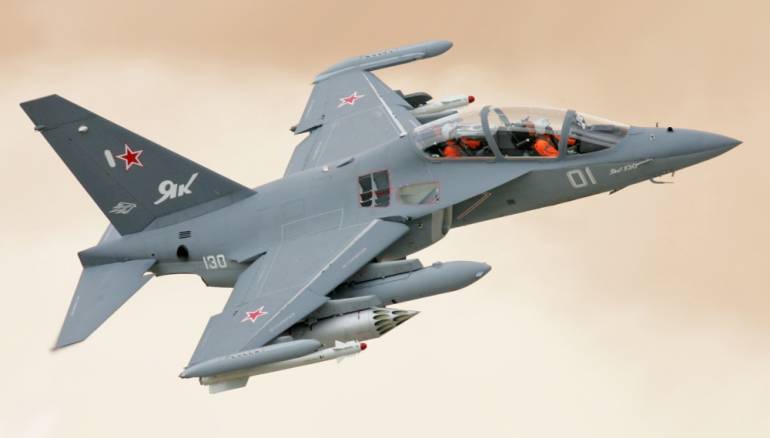 Two months ago, the Syrian regime sent military pilots to Russia, to be trained to use the Yak-130 twin seat trainer jet, a well-informed source in Syria’s Air Force told Zaman al-Wasl.

Syria is set to receive 36 aircraft once the current conflict concludes, which will be key to efforts to rebuild its air force with modern Russian fighters and will make the country the aircraft’s largest foreign operator, the Military Watch Magazine reported in October 2018.

The source said the regime air force had used training aircrafts in combat missions against the Syrian people in opposition-held areas.

The Russian intervention in Syria was officially announced on Sept. 30, 2015, after an official request by the Assad regime for military aid against rebel groups.

Moscow insists the Yak-130 aircraft were the subject of a deal concluded before the recent conflict broke out, and therefore such deliveries were not in contravention of international law, the Fight Global said.

According to the Military Watch Magazine, the Yak-130 trainer jet entered the Russian Air Force in 2010 and was designed to simulate next generation combat using 4+ and 5th generation combat aircraft, as well as retaining combat capabilities allowing it to serve as a light attack and reconnaissance jet. Entering service in 2010, the Yak-130 was ideal for training pilots to operate advanced Su-30 combat platforms for which the air force had previously lacked a suitable trainer.