Diplomatic discussions dominate the 13th Astana talks, Turkey vows action east of the Euphrates and a ceasefire is declared in Idleb. Catch up on everything that happened over the weekend. 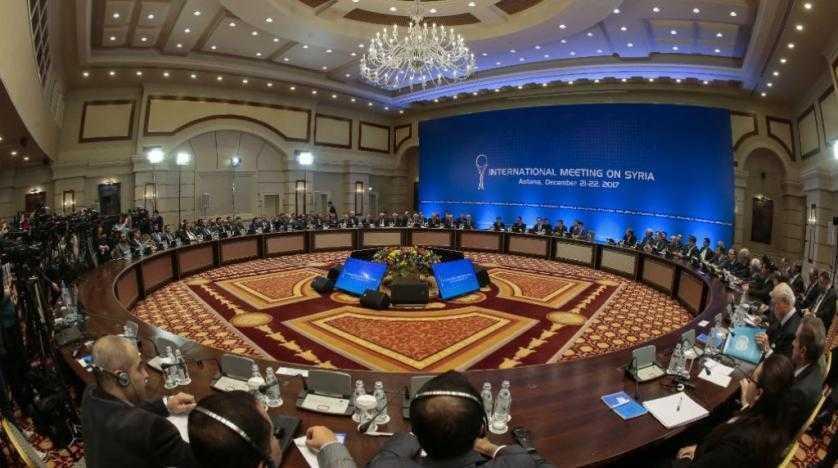 2. SANA reported that the guarantor states of the Astana process (Russia, Iran Turkey) reaffirmed their adherence to the sovereignty, independence, unity and territorial integrity of the Syrian Arab Republic, until all terrorist organizations are totally eradicated and separatist agendas that aim to undermine the sovereignty and territorial integrity of Syria are rejected. They also affirmed their determination to continue to cooperate with the complete eradication of the, “terrorist organizations of the Islamic State (ISIS) and Jabhat al-Nusra, as well as all the entities affiliated with al-Qaeda, ISIS and other terrorist organizations identified by the UN Security Council.” The guarantor states highlighted the need for establishing calm in the de-escalation zone in Idleb by comprehensively implementing the agreements related to the area, particularly the agreement reached in Sochi on Sept. I7, 2018. They also expressed their determination to face the separatist agendas that aim to undermine Syria’s sovereignty and territorial integrity.

3. The head of Syria’s delegation to the Astana talks, Bashar al-Jaafari said that Syria will not wait forever for the Turkish regime to implement its obligations in accordance with the Astana understandings and Sochi agreement on Idleb, stressing that millions of the Syrians in Idleb province are appealing to the Syrian state to rid them from terrorism. Jaafari was quoted by SANA, in a press conference at the conclusion of the 13th round of Astana talks on settling crisis in Syria: “We have conducted intensive talks with the Russian and Iranian guarantors and held meetings one the sidelines of the Astana meetings…They were all important and created a positive impact on the final communique, which is considered the best for Syria, in terms of its political content and the way it approaches the situation in Syria.” He called for, “pairing beautiful ideas of the final communique with actions on ground particularly by the Turkish regime.”

4. Turkey will carry out an operation east of the Euphrates river in northern Syria, in an area controlled by the Kurdish YPG militia, Turkish President Erdogan said Sunday. Turkey, according to Reuters, has been running out of patience with the United States, which made an agreement with Ankara to implement a safe zone in northeastern Syria. Erdogan said both Russia and the United States have been told of the operation. Ankara says that progress on setting up a safe zone with the United States has stalled and Turkey has demanded that Washington sever its relations with the YPG. “We entered Afrin, Jarablus, and al-Bab. Now we will enter the eastern Euphrates,” Erdogan said Sunday during the opening ceremony of a motorway. “We shared this with Russia and the United States.”

5. On Friday, airstrikes ceased in Idleb, after the government announced it had agreed to a truce following weeks of deadly bombardments of the rebel-held region, monitors said. SANA reported Thursday that the government had agreed to a truce in the northwestern region where airstrike and shelling by the government and its Russian ally has killed hundreds of people since April, many of them civilians. Citing a military source, SANA said a ceasefire would go into effect on Thursday evening but was conditional on the implementation of a Turkish-Russian deal to enforce a buffer zone encircling the region. “A cautious calm has reigned since just before midnight (09:00 PM GMT),” Rami Abdel Rahman, head of Britain-based monitoring group, the Syrian Observatory for Human Rights, told AFP. He said that Syrian and Russia aircraft were no longer seen flying over Idleb while “fighting on the ground had also ceased on all fronts in the past few hours”.