The Syrian Network for Human Rights has said that the Syrian regime is responsible for 26 massacres and that 433 civilians during July reports Enab Baladi. 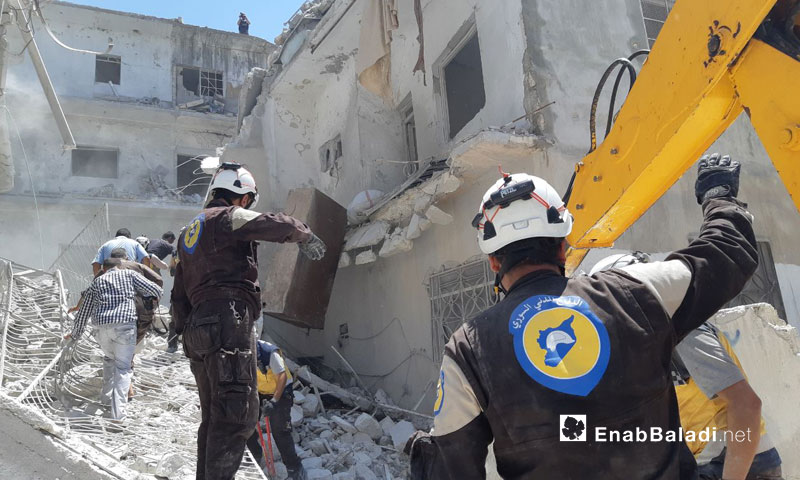 The Syrian Network for Human Rights has documented the Syrian regime and Russia carrying out 33 massacres in northern Syria, particularly in Idleb, between Apr. 26 and Jul. 27, 2019.

The committee also documented the deaths of 433 civilians during July at the hands of various military parties in Syria. The dead included 119 children and 64 women.

Among those killed were medical staff as well as three members of the Civil Defense teams, who were killed in Russian airstrikes, according to the Network.

Parts of northern Syria, especially the Idleb countrysides and Hama, have been subject to a military escalation by regime forces and the Russian air force since February, with the pace escalating over the past few days.

The Network said that the Syrian regime had violated international humanitarian law, and that it had also violated Security Council resolutions, which called for the Syria file to be handed over to the International Criminal Court and all those involved to be held to account, including those in the Russian regime.

The Network was subject to attacks by journalists loyal to Russia and Russian media with the aim of hiding war crimes, according to a report on Jun. 29, 2019.

The Network said that they had been subjected to a fierce attack by the Russian Foreign Ministry and pro-Russian media since the intervention began in September 2015.

The Network attributed the Russian policy to reports it has issued that documented violations carried out by Russia.