On the 74th founding of the Syrian Arab Army, President Assad has praised their bravery and their successes on the battlefield writes SANA. 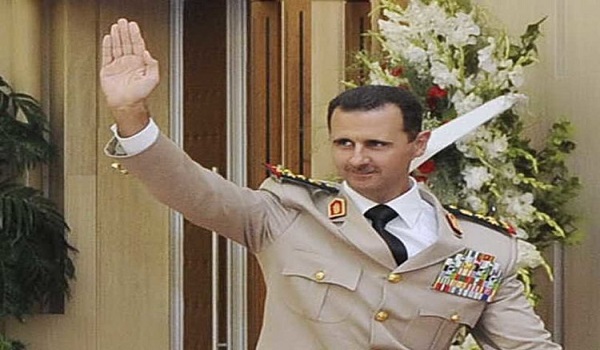 President Bashar al-Assad, the Commander-in-Chief of the Army and Armed Forces, stressed that the Syrian Arab Army has not spared anything to defend the homeland and has shown the highest levels of bravery and sacrifice in combating terrorism and thwarting aggression.

In a speech published in “Jaish al-Shaab” Magazine, Assad addressed the armed forces on occasion of the 74th anniversary of the establishment the Syrian Arab Army, congratulating the army and armed forces personnel.

“You have shown love and appreciation to our steadfast people, who have exchanged the same feelings to you and appreciate your sacrifice because you are victory and glory makers and protectors of the homeland and sovereignty,” said Assad.

“Throughout the eight years of the war imposed on Syria, you have defended the homeland bravely and thwarted aggressions… the battlegrounds are witnesses of your heroism and that is because you believe in God, the homeland and in a just cause,” he continued to say.

Assad concluded by expressing his absolute confidence in the Syrian Arab Army being the faithful guard of the homeland’s present and future, wishing mercy and eternity for the souls of the martyrs, a quick recovery for the injured and victory to the homeland.