Zaman al-Wasl's reporter, Juma'a Haj Hamdo, was arrested by Hay'at Tahrir al-Sham for his coverage of the war and the people's suffering. 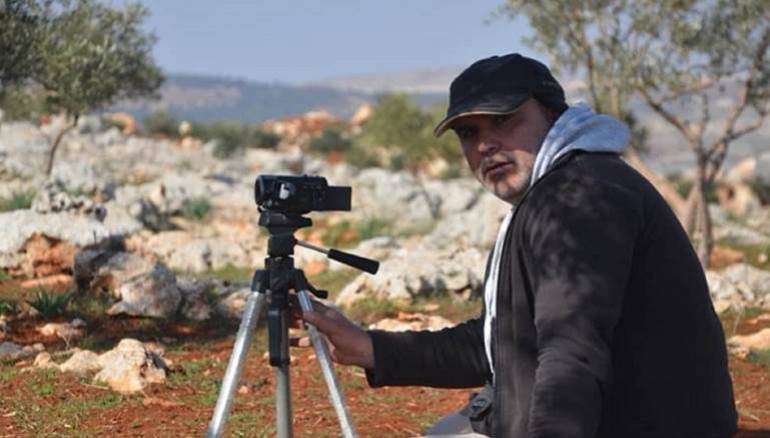 Members of the former Syrian offshoot of al-Qaeda arrested Juma’a Haj Hamdo from his house last Wednesday in the western countryside of Aleppo and took him to an unknown destination.

Fathi Ibrahim Bayoud, the Editor-in-Chief of Zaman al-Wasl said that Hamdo was arrested for his coverage of the suffering of people in Tahrir al-Sham-held areas.

Hamdo’s arrest is the latest attempt by those who seek to silence free speech and revolutionary journalism, he added.

For over 15 years, Juma’a has been working as a reporter and photojournalist, for seven of those years he has been covering the war and the people’s suffering for Zaman al-Wasl.

He was detained in 2011 by the regime security for his pro-revolution media activities.

Like the Islamic State, Tahrir al-Sham wants to create an Islamic state of its own. This ambition makes the whole region under its control in northwestern Syria a fertile ground for mounting violations and abuses.

According to the Committee to Protect Journalists (CPJ), since May 2018, Tahrir al-Sham has detained at least two journalists in northwestern Syria.