The psychological pressures and strains created by the war in Syria are pushing some to try to take their own lives writes Sowt Al-Asima. 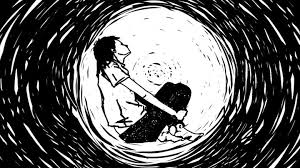 Hospitals and medical agencies in areas under regime control have recorded about 100 attempted suicides a week throughout Syria, with 99 of them surviving, because of the increased of psychological pressures and severe disorders inflicted by the ongoing war in Syria.

The head of the General Organization of Ibn Khaldoun Hospital for Psychological and Mental Illness in Aleppo, Bassam Hayek, said that most suicide attempts involved overdosing on pills, and that they were saved after reaching the hospital. He said there were hidden cases which no one knew about, according to the loyalist Al-Watan newspaper.

Hayek added that talking about death and the threat of death had spread widely among children aged seven and below, adding that there were difficulties in treating unaccompanied children, and those whose family were killed or had fled the country, and that they needed to be followed-up so as to keep them from suicide.

Hayek warned about cases of social indifference developing among children, turning them into aggressive personalities. He noted that the hospitals had found there was a lack of assistance from associations in terms of shelter for children after treatment.

According to Hayek, even a single suicide case is dangerous for Syrian society, which was not used to these sort of cases, and they need to be dealt with seriously. He added that while it is troubling, the rate is low and below global and European rates as a result of social support, especially for children accompanied by their families.