Russia has held a meeting with Maher al-Assad and asked him to step up and send more soldiers to the Idleb and Hama fronts in exchange for equipment reports Al-Modon. 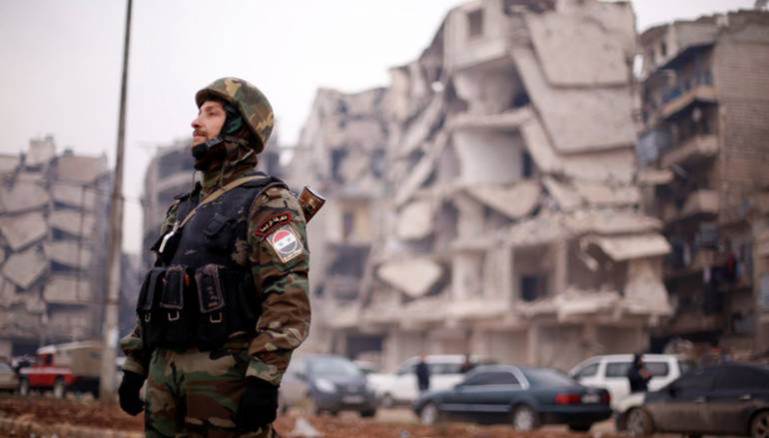 The sources said that Assad withdrew the division’s officers from the fronts to attend the meeting, and discussed developing and restructuring the division in preparation to return it to the military operations command in Hama and Idleb.

The meeting was attended by Deeb; Brigadier General Samer al-Dana, commander of the 41st Brigade; Generals Hassan al-Hassan, Fouad Hamdan and Wael Marousha; Colonel Ghaith Dala; Lieutenant Colonels Najib Barakat and Muhannad Ghanem—officers operating on the fronts and responsible for the division’s field movements. The meeting was also attended by officers from the division’s other units.

Soon after details of the meeting which Assad attended with his officer were published, fighters began to discuss the possibility that they would be sent to the Hama and Idleb fronts after the failure of the “Tiger Forces,” led by Suhail al-Hassan, to achieve any notable progress there.

According to the source, the meeting was held after a different meeting with Assad and Russian commanders, in which they asked him for the Fourth Division to take a bigger role than its limited presence, and to increase their numerical participation in the Hama and Idleb battles, in exchange for supporting the division militarily on the level of equipment and armament.

For his part, Assad asked the Russians to give the division officers a leadership role in administering the battle and not to limit command to Suhail Hassan, which the Russians agreed too, according to the sources.

It appears that the Fourth Division’s participation and the handing over of operations on these fronts will serve as a first step in Russia’s strategy of removing this division from the grip of Iran and keeping it under its wings.