The Syrian regime has reportedly released a number of Islamic State fighter in the province of Daraa, despite fears of the presence of sleeper cells writes Enab Baladi. 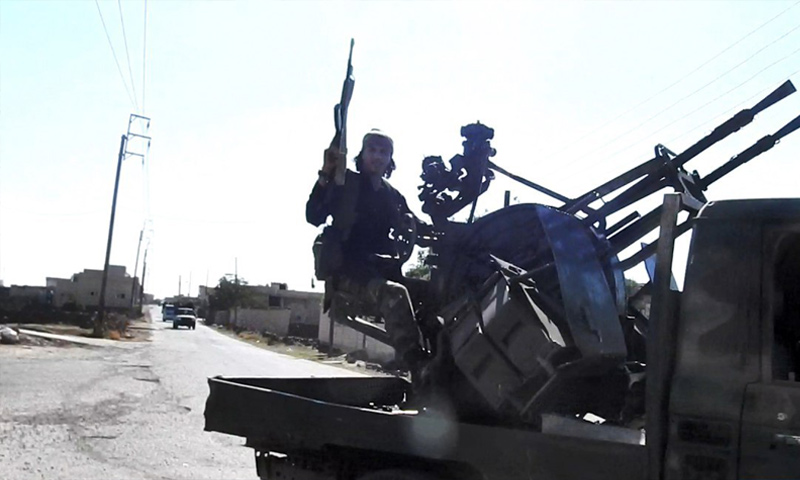 According to three opposition sources, the Syrian regime has released 60 Islamic State (ISIS) fighters who had fought with the organization in the Yarmouk basin area in Daraa.

The sources said that the members were released and returned to their areas of residence, amid shock from residents.

Enab Baladi’s correspondent in Daraa said that people expressed their shock at the release of the fighters in light of the claims and fears of the regime about the group having sleeper cells in the area.

The correspondent said that the release of the fighters came in light of the ongoing arrests by the Syrian regime of settlement fighters who had been fighting in opposition ranks and who had been arrested after Assad’s forces took control of Daraa last year.

He said that residents believed the aim of the releases was to allow the regime the excuse of fighting ISIS, should it want to conduct military operations in the area in the future, to make the area submit completely to its authority.

Assad’s forces took control of the Yarmouk basin west of Daraa last August, which had been one of the last strongholds of ISIS, in a military campaign backed by Russian warplanes.

This operation ended with ISIS fighters surrendering to Assad’s forces and “settlement groups”, and the regime declaring it had full control over Daraa province and deployed points along the Jordanian border and adjacent to the occupied Golan.

ISIS announced it had carried out an operation against Assad’s forces in the eastern Daraa countryside, which was the first after its influence ended.

The group’s Ammaq agency said on Telegram on Jun. 4, 2019, that its fighters had struck military vehicles belonging to Assad’s forces on the road between Namer and Kharbet Ghazaleh northeast of Daraa.

The agency added that the operation resulted in the deaths of three fighters from Assad’s forces and the destruction of the vehicles which they had been driving.

That came after a number of incidents that have been witnessed, the latest of which was on Jul. 17, 2019, when a bus carrying settlement officers and fighters from the Damascus countryside was hit by an explosion, killing five officers from the ranks of lieutenant to first lieutenant.