In light of the military escalation in Idleb, the Syrian Negotiations Committee has ceased communications with Russia and called for a boycott of the Astana talks reports Baladi News. 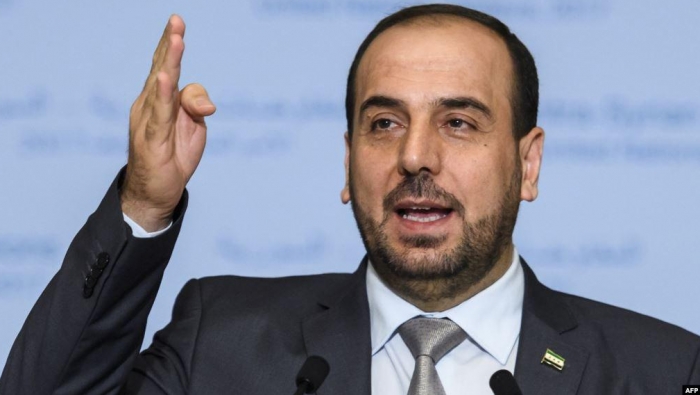 On Wednesday, the head of the Syrian Negotiations Committee, Nasr al-Hariri, announced the halting of the political process and that the committee was ceasing communications with Russia, calling on the armed opposition delegation to boycott the upcoming round of Astana talks in Kazakhstan, because of the Russian escalation in Idleb.

Hariri said on Twitter that, “The political process is halted. We have also stopped all forms of communication with the Russians as long as the military escalation and the lack of seriousness for a political solution continues.” He added, “I think that the participation of the factions armed delegation at Astana needs to go in the same direction.”

In mid-September 2017, the Astana track guarantor countries (Turkey, Russia and Iran) announced they had reached a deal to set up a de-escalation zone in Idleb and its environs.

Since Apr. 26, 2019, the regime and Russia have been carrying out a heavy bombardment of the de-escalation zone in northern Syria, which was specified by the Astana talks, coinciding with a ground campaign.

The area is inhabited by about four million civilians, including hundreds of thousands who have been expelled by the regime from their towns and cities across the country over the past few years.

On Tuesday, the United Nations announced that they had documented the deaths of more than 400 Syrian civilians in northwestern Syria since the end of April.