The President of the Syrian Coalition discussed with Turkey the situation for the refugees in Turkey and how they might best be served. 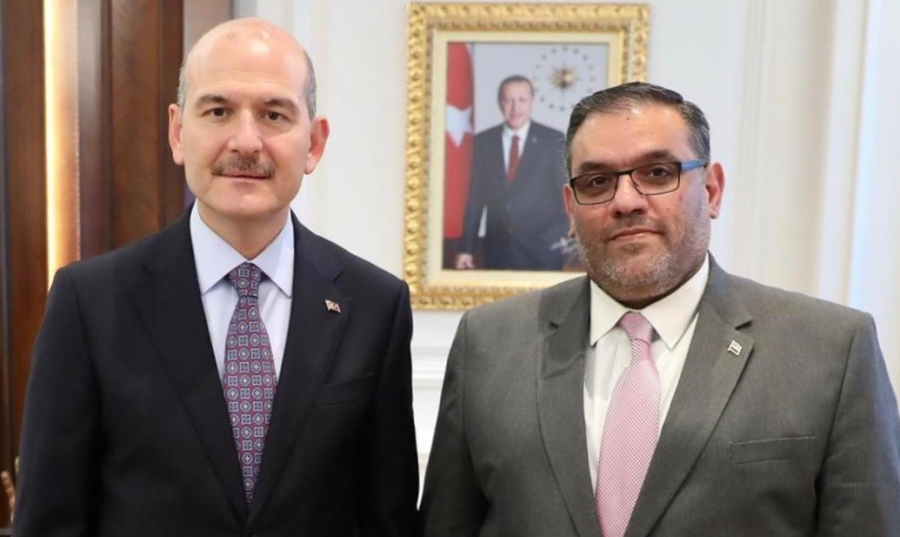 The President of the Syrian Coalition, Anas al-Abda, met with the Turkish Interior Minister, Süleyman Soylu in the Turkish capital Ankara on Wednesday and discussed with him the Syrian refugees situation in Turkey.

Abda was accompanied by a senior delegation including officials in charge of the key issues. He stressed to the Turkish minister that the Coalition’s top priority for the coming period is to look after the affairs of the Syrian refugees in Turkey.

Abda put forward important suggestions and proposals during the meeting. He pointed out that the meeting discussed ways to strengthen the partnership between the two sides so as to reach practical solutions and he described the meeting as “fruitful and successful.”

Moreover, Abda said that, “the meeting took place in an atmosphere of positivity and optimism.” He added that they agreed with the Turkish side on the formation of a joint committee to be headed by Ismail Çatakli, Deputy Minister of Interior, and the Coalition president.

“The Coalition will communicate with the relevant Syrian sides on this issue to represent the Syrian side in this committee,” added Abda. He pointed out that the committee’s goal is to convey the Syrians’ unified voice to the Turkish government and vice versa. It will also seek to coordinate the work and reach solutions to the issue of the Syrian refugees and residents in Turkey.

Abda explained that the committee will start its work immediately, adding that the Coalition will hold several other meetings with several official bodies in the near future in order to achieve the greatest degree of cooperation. He added that the Coalition is taking many steps to communicate with everyone.

The Coalition president intends to hold a press conference early next week to explain the results of the work of the Committee and the decisions that will be reached with the Turkish government.