Juma'a Haj Hamdo was taken from his house by Hay'at Tahrir al-Sham and is now being held in an unknown locations writes Zaman Al Wasl. 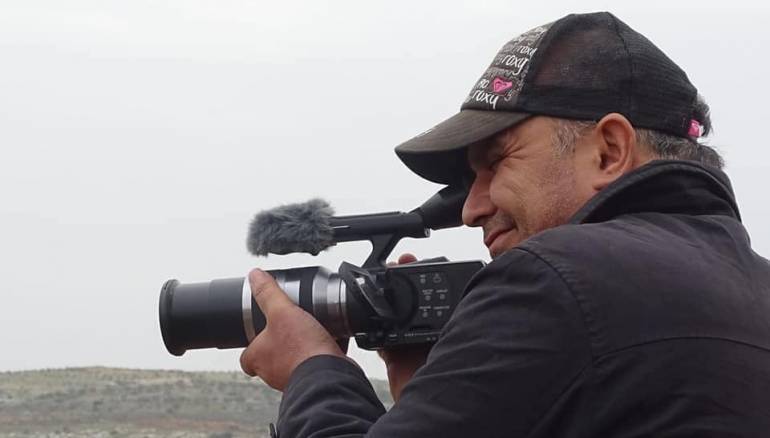 According to initial information, Hamdo was taken to an unknown destination.

Members of the former Syrian offshoot of al-Qaeda did not reveal the reason behind his arbitrary arrest.

Fathi Ibrahim Bayoud, the Editor-in-Chief of Zaman al-Wasl, demanded the immediate release of the prominent local reporter, saying Hamdo’s arrest is the latest attempt by those who seek to silence free speech and revolutionary journalism.

“They tried over the past seven years and they are continuing their unethical goal,” he added.

For over 15 years, Hamdo has been working as a reporter and photojournalist. Seven of those years have been covering the war and people’s suffering for Zaman al-Wasl.

He was detained in 2011 by regime security for his pro-revolution media activities.

Like the Islamic State, Tahrir al-Sham wants to create an Islamic state of its own. That ambition makes the region under its control, in northwestern Syria, a hotbed of violations and abuses.

According to the Committee to Protect Journalists, since May 2018, Hay’at Tahrir al-Sham has detained at least two journalists in northwestern Syria.