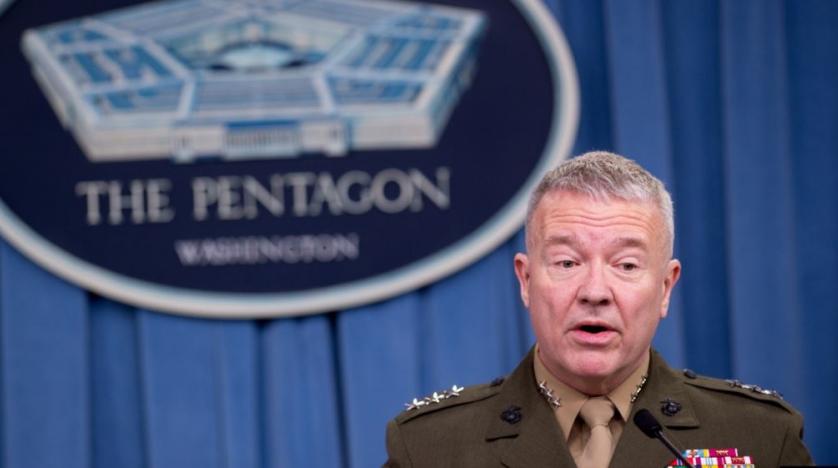 On Monday, US Central Command chief, General Kenneth McKenzie, visited Kurdish-led allies in northeast Syria for the first time since taking up the post.

McKenzie, who oversees US operations in the Middle East, took over from his predecessor General Joseph Votel in late March.

Just days before his promotion, the Kurdish-led Syrian Democratic Forces (SDF) had taken back the last patch of territory from the Islamic State (ISIS) in eastern Syria with US support.

After the months-long campaign, Syria’s Kurds now hold thousands of ISIS suspects in jails and tens of thousands of women and children in overcrowded camps for the displaced.

They have repeatedly urged foreign nations to repatriate around 1,000 alleged foreign jihadist fighters and tens of thousands of non-Syrian women and children linked to the group.

During his visit, McKenzie and SDF chief Mazlum Abdi discussed “the problem of camps and ISIS detainees held by the SDF”, the Kurdish-led alliance said in a statement, according to AFP.

They also spoke of the coordination between the US-led coalition and the SDF to continue hunting down ISIS sleeper cells, it said.

The extremist group has continued to claim deadly car bombings and arson attacks on key wheat fields in SDF-held territory, despite its territorial defeat.

SDF spokesman Mustafa Bali told AFP that the meeting had taken place in Kobani, on Syria’s northern border with Turkey, from which Kurdish forces drove out ISIS in January 2015.

He posted a photo on Twitter of both commanders shaking hands.

“Several important issues, including a proposed safe zone, future cooperation between the SDF and the anti-ISIS coalition and the situation of extremists and their families were discussed,” he quoted Abdi as saying.

US President Donald Trump last year threatened to withdraw all US troops from northeast Syria, sparking fears among Kurds they would be exposed to a long-threatened Turkish attack.

After his announcement, Trump attempted to ease tensions by speaking of a 30-kilometer (18-mile) “safe zone” on the Syrian side of the border.

A small number of American soldiers remain in northeast Syria and Washington has pushed for increased military support from other coalition members.