In the latest attack on Idleb, a wholesale vegetable market was hit by a Russian airstrike, killing 16 civilians reports the Syrian Observatory for Human Rights. 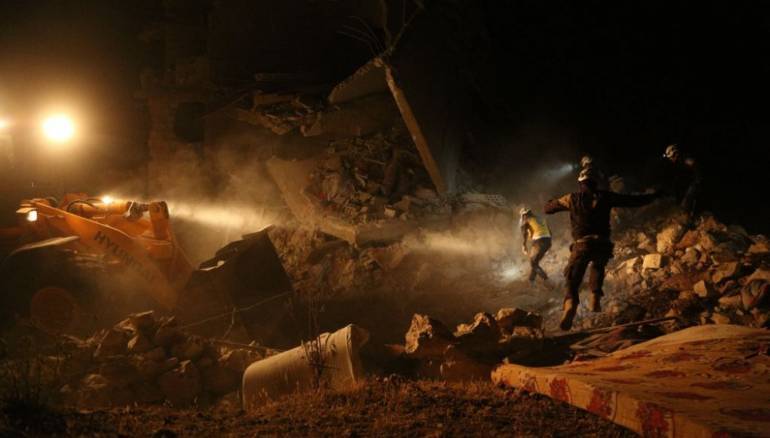 On Monday, a Russian airstrike on a market in northwest Syria killed 16 civilians in the latest violence to plague the country’s last major opposition bastion.

At least 35 other people were wounded in the raid that hit a wholesale vegetable market in the town of Maaret al-Numan.

Six people were killed, including a child, in the regime bombing of the village of Urum al-Joz south of Idleb. The opposition run Shaam News Agency says those killed had been displaced from the southern tip of the rebel stronghold.

Rescue workers, known as Syria’s Civil Defense or White Helmets, say three children and a woman were killed in Kfaruma, south of Urum al-Joz. Anas al-Diyab, a prominent White Helmet volunteer, was killed in the town of Khan Sheikhoun.

Anas al-Diyab, was an active citizen journalist who covered most of regime and Russian assaults on Khan Sheikhoun, including the chemical attack in April 2017.