Mohamed Nassif, a defector from the Syrian army, was snatched by Hezbollah, but his kidnappers were released and charges were dropped shortly after their arrest reports Zaman Al Wasl. 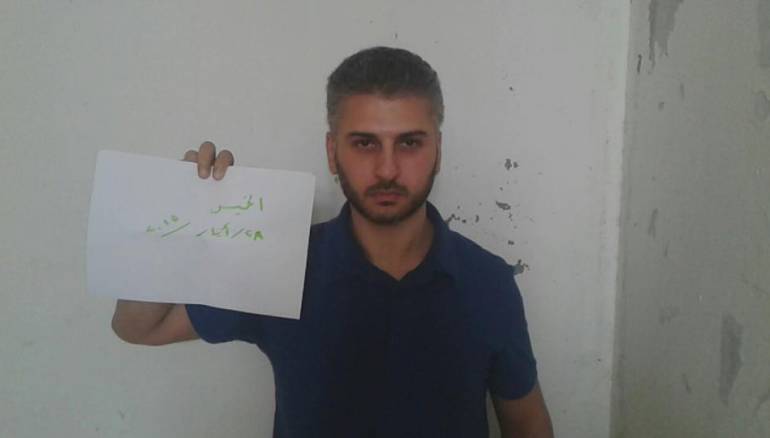 A Lebanese lawyer has uncovered a judicial scandal that took place in the palace of justice in the Lebanese town of Zahle. The judicial file of the case of his client, the Syrian army defector Mohamed Nassif, disappeared. The disappearance is an attempt to conceal the case in which five members of Hezbollah were accused of kidnapping and released days later, after pressure was exerted by the party on the investigating judge and the prosecution.

The Lebanese judiciary has taken a “precedent” by accusing Hezbollah affiliates of involvement in the kidnapping of a dissident Syrian officer and handing him over to Hezbollah’s militia.

The lawyer, Dr. Tarek Shandab, said to Zaman al-Wasl that Nassif broke away from the Assad army and joined the Free Army, taking refuge in Lebanon, where he had an official residence issued by the Lebanese public security, before being abducted by Hezbollah fighters in Lebanon, who handed him over to the party more than five years ago.

The family of Nassif filed a criminal complaint with the Lebanese judiciary. The Information Division of the Internal Security Forces investigated the matter and arrested five people who had fully and explicitly admitted their involvement in the kidnapping of Nassif.

After the arrest of these people, Hezbollah exerted pressure on the Lebanese judiciary. The accused were released after a week of detention by Judge Asaad Jadoon. Shandab wrote to the departments concerned with cases of kidnapping and torture in the United Nations, in which he claimed that the Lebanese State is responsible for its judges, asking them to inquire about its role in implementing the desires of the Syrian regime on its territory.

According to the lawyer, the judge, Khalid al-Abdullah, received the file on Jan. 7, 2017, and issued a decision concerning those arrested, accusing them of forming a terrorist gang that kidnapped the officer. Abdullah asked to refer the file to the charging authority in Zahle for the trial of the five accused, which is – according to Shandab – the first indictment issued in Lebanon that condemns Hezbollah, and the first judicial decision that confirms it carried out kidnappings and works for the benefit of the Syrian regime inside Lebanon. However, the file disappeared after the decision to refer it to the Criminal Court in Zahle.

He revealed that he was aware of some employees who were affiliated with Hezbollah within the judiciary, in the Registry of the Investigation Department, the charging authority, the Public Prosecution, and the Criminal Court in Zahle, and who hid the file. He presented, in his legal capacity as an agent of the officer’s family, a complaint before the judicial inspection and before the Public Prosecutor’s Office to determine the fate of this file, especially since there is an indictment based on it.

Nassif was lured by a gang from Majdal Anjar to Brital – in Baalbek – in January 2015 on the pretext that he was being pursued by Hezbollah. The kidnappers, Asim Mari, Ali Abbas al-Moussawi, Bilal Amama, and Ammar al-Majzoub, offered to smuggle him along with three Syrians to Syria. He was convinced and rode with them in their van, but the kidnappers handed them over to a Hezbollah checkpoint at the entrance to Brital, according to previous statements by Shandab.