Prime Minister Imad Khamis has visited the site of a fire that engulfed a building in downtown Damascus and caused significant damage to a number of shops reports SANA. 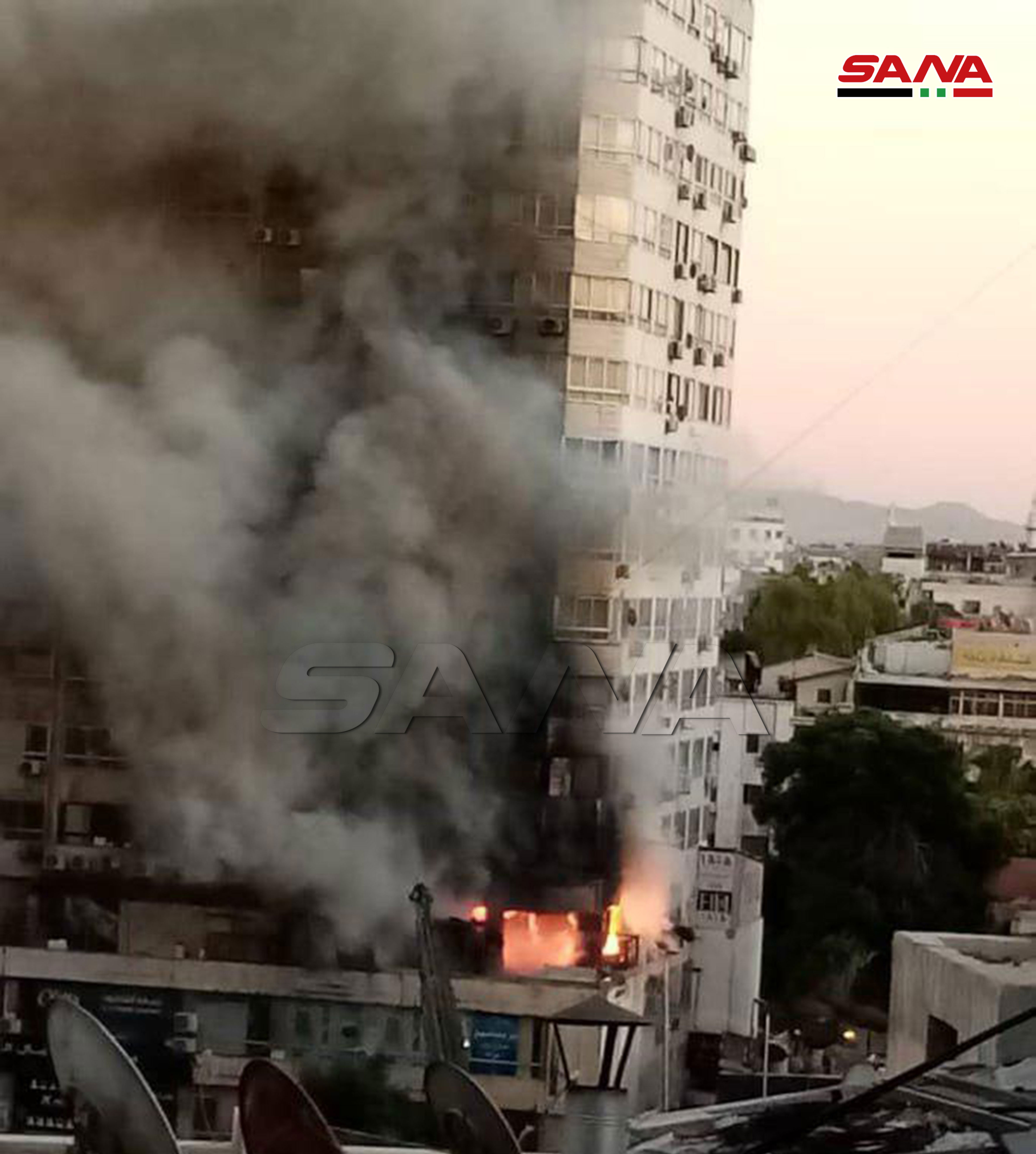 Firefighters and civil defense teams managed to extinguish a massive fire that broke out on Sunday evening at Damascus Tower in the al-Bahsa area of downtown Damascus.

The Commander of the Civil Defense Department in Damascus, Lt. Gen. Assef Habbabeh, told SANA’s reporter that the fire was caused by a malfunction in a generator belonging to a café, which caused it to catch fire, and the flames spread to other floors due to strong winds.

Habbabeh said that no casualties occurred as the rescue teams successfully evacuated 100 civilians from the upper floors, with the ambulance taking five people who suffered from asphyxiation to hospitals for treatment.

He said that damage is limited to the fourth floor, which contains shops that sell mobile phones and their accessories, and that the damage to shops ranged from partial to full.

Prime Minister Imad Khamis visited the site of the incident accompanied by the Minister of Local Administration and Environment, Hussein Makhlouf, and the Interior Minister, Mohammad Khaled al-Rahmoun, as well as the governors of Damascus and its countryside and Chief of Damascus Police.

Khamis inspected the measures taken by the firefighting teams to extinguish the fire and ensure the safety of civilians.

He gave instructions for the immediate reconstruction of the damaged shops and for the forming of a technical committee from the Ministry of Local Administration and Ministry of Public Works and Housing and from the Engineers’ Syndicate and Damascus University to study the building, the security factors present and other similar buildings.