A Syrian delegation is set to attend a conference in New York to discuss the UN's sustainable development goals reports Al-Watan. 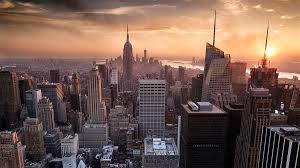 The head of the committee for Arab, foreign and expatriate affairs in the parliament, Botrous Marjana, said that a Syrian parliamentary delegation would take part, for the first time since the war, in a sustainable development conference and the targets developed by the United Nations for 2030, which will be held in New York in the United States.

The parliamentary delegation, headed by a parliament observer, Sanaa Abou Zaid, and including MPs Ahmed al-Kazabari, Hamed Hassan and Maha Shbiro, left to take part in the conference from the Jordanian capital Amman to New York, where the UN headquarters is located.

In a statement to Al-Watan, Marjana said that the attempts by the United States to prevent the Syrian delegation taking part in the conference were fruitless, despite delays in obtaining the visa. He said that the parliamentary delegation had been expected to take part in a conference in America for seven months, but that they had not been able to obtain the visas.

Marjana said that during the conference the delegation would show that the Syrian state had always worked on the sustainable development goals before the war to achieve the 17 aims developed by the United Nations, most importantly eradicating poverty. He added that before the war, they had been on their way towards doing this and that in 2030 they had been expected to eliminate poverty. The delegation taking part will convey to the conference that the war and its effects are reasons for not properly achieving the sustainable development goals.

In 2015, world leaders developed the 17 sustainable development goals for 2030, including mobilizing efforts to eliminate poverty in all its forms and to fight inequality and to address climate change and ensuring the inclusion of all in these efforts despite them not being legally binding on countries.