Air conditioning units, stolen by the National Defense militias from houses in Albu Kamal, are being sold to militias from Iraq writes Smart News. 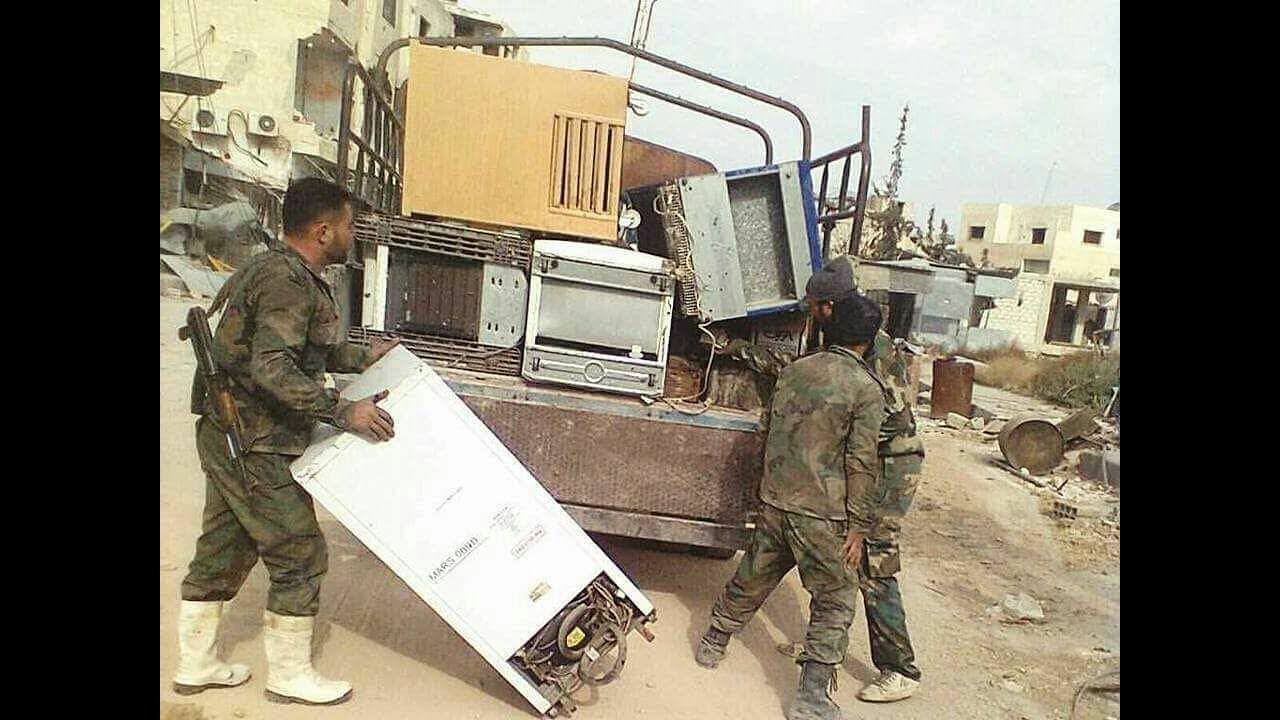 Metal utensils and electric cooling units were on sale in the market for stolen goods known as “ta’feesh”, on Jun. 21, 2019, in the al-Joura district in Deir ez-Zor city in the country’s northeast. Ta’feesh is a word that Syrians give to thefts carried out by Syrian regime forces of civilian homes they took control of after military operations and include everything in the house, whether it is expensive or not, causing new markets to appear specialized in these stolen goods, where civilians sometimes work.

On Thursday, local sources told Smart News that the looting has begun now because of demand for air-conditioning from Hashad al-Shaabi Iraqi militias that are transporting them to Iraq in their vehicles.

Sources said that the National Defense militias had stolen air conditioning units from city districts, most prominently the al-Souk and al-Kataf districts, adding that they had not taken this step after taking control of the city because of the difficulty of breaking up these units and the lack of demand for them because of the power outages in the city.

The sources said that the National Defense was gathering the stolen goods, in terms of air conditioning units and electrical wiring from houses, in stores specialized in selling stolen goods which Syrians call “ta’afeesh.”

Sources said that the Hashad al-Shaabi militia in exchange was bringing in “date molasses” and “tahina” and fuel to sell in the markets in Albu Kamal.