Following a meeting with Israeli officials, Jamil al-Hassan has been relived of duty as head of the Air Force Intelligence Directorate writes Al-Modon. 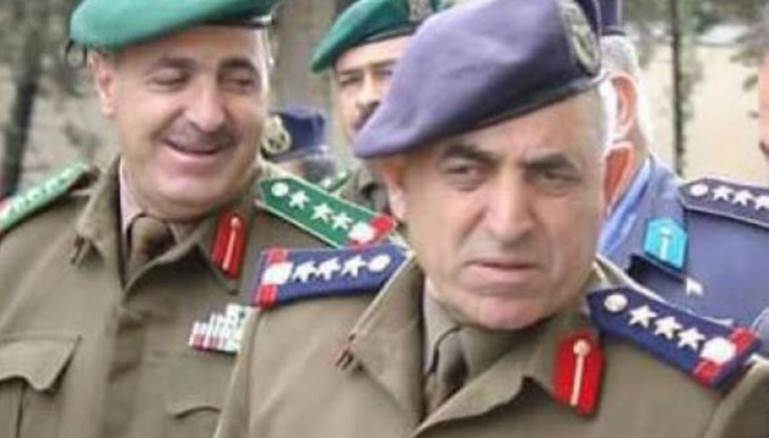 Pro-Syrian regime pages have revealed that President Bashar al-Assad has relieved the head of his Air Force Intelligence, Jamil al-Hassan, just days after extending his term for a year.

The dismissal of Hassan came days after a meeting between him and Israeli officers near the occupied Golan.

The sources said that Major General Ghassan Jowdat Ismail had taken over the post of running the Syrian Air Force Intelligence.

Hassan is included on the list of European Union sanctions alongside other major regime officials since 2011, and the Interpol agency to combat international crimes had put a red flag against his name a few months ago.

A source told Al-Modon that a meeting had been held between officers of regime forces, led by the head of the Air Force Intelligence Directorate, Major General Jamil al-Hassan, and a commander from the Fifth Corps, with Israeli intelligence officers on Jun. 30, 2019, near the “al-Safra Company” in Umm al-Lokkos near the border with the occupied Golan. The Company is a Russian observation point supervised by the Russian military police, who coordinated the meeting.

Al-Modon’s source said that Major General Jamil al-Hassan attended the meeting after heading to the area with a convoy that included 10 off-road vehicles, some of them equipped with machine guns.

Al-Modon’s source said that there were current officers from the Fifth Corps who had previously been commanders in rebel groups and had “good” relations with the the Israelis. The meeting was also attended by the commander of the so-called Ababil Houran Army, Alaa Zakaria al-Halqi, and the commander of the Shuhada Inkhal Brigade, Khalid al-Zamel.

The meeting was also attended by a military commander in what had been called the Syrian Revolutionaries Front, Ahmed Hamaidi al-Moussa, who had been arrested by regime forces two months ago and then released following Russian pressure a few days before the meeting.

Al-Modon’s sources said that the meeting with the Israelis lasted more than four hours without resulting in any important results, and that a heavy security cordon had been imposed on the area during the meeting, with all the roads leading to the meeting site closed, as well as nearby towns and villages.

The Israelis put forward a proposal to Major General Hassan, comprising the following points: Integrate the Fifth Corps into the regime forces and consider it a part of the regime military institution; remove Iranian militias from the area and keep them at a distance of 55km from the border with the Golan, and Israel will fund the operations to fight the militias that refuse to withdraw from the border, with Russian backing.

Major General Hassan, according to Al-Modon’s source, rejected the Israeli proposal and left the meeting without agreeing to any of the points that the Israelis put forward, despite them being welcomed by Russia.

The meeting with Israel failed, and it was followed by wide Israeli bombardments, which struck regime military units across Syria in the biggest strike of its kind in months. Al-Modon’s sources believed that the strike was Israel’s response to the Air Force Intelligence refusing to remove Iranian militias from the area, despite previous promises from the regime to the Israelis to protect the Disengagement Zone agreed in 1974 and to prevent the Iranians and Hezbollah from entering.