Miraj Oral has been fighting alongside the regime for seven years as the head of of Popular Liberation Front of Liwa’a Iskandaroun reports Zaman Al Wasl. 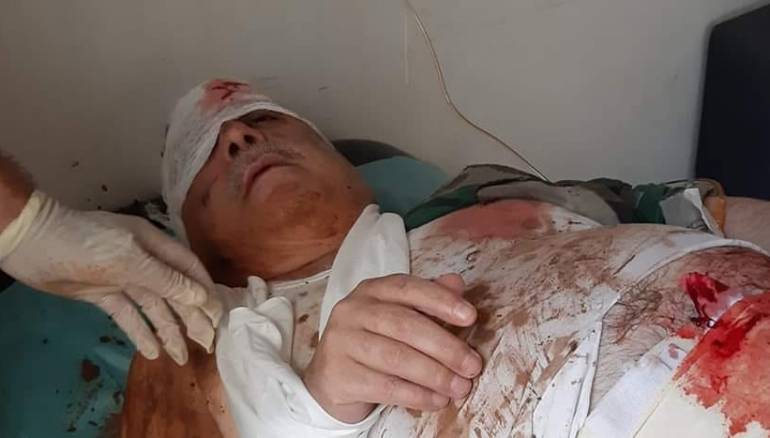 A Turkish warlord, who has been fighting alongside the Syrian regime for over seven years, was wounded on Saturday by an improvised explosive device in the coastal province of Lattakia, news feeds reported.

The war criminal is the head of Popular Liberation Front of Liwa’a Iskandaroun (Sanjak of Alexandretta), a paramilitary group that operates near the Turkish border.

Oral was dubbed as the ‘Butcher of Baniyas’ due to the war crimes he committed in the Bayda and Baniyas massacres that occurred in May 2013 in the village of Bayda and the city of Baniyas, in Tartous province, where the regime army, backed by Oral’s militia and the National Defense Force (NDF), killed about 450 civilians.

Rebels and jihadists have killed more than 130,000 pro-regime fighters since the armed conflict erupted eight years ago with the brutal repression of protests against Assad, according to local monitoring groups.

The conflict in Syria has also killed more than 560,000 people and displaced 6.5 million.