Academics and politicians meet to discuss the Islamic State, changes at the top across security branches, Lebanon cracks down on Syrian refugees and casualty figures for Idleb released. Catch up on everything that happened over the weekend. 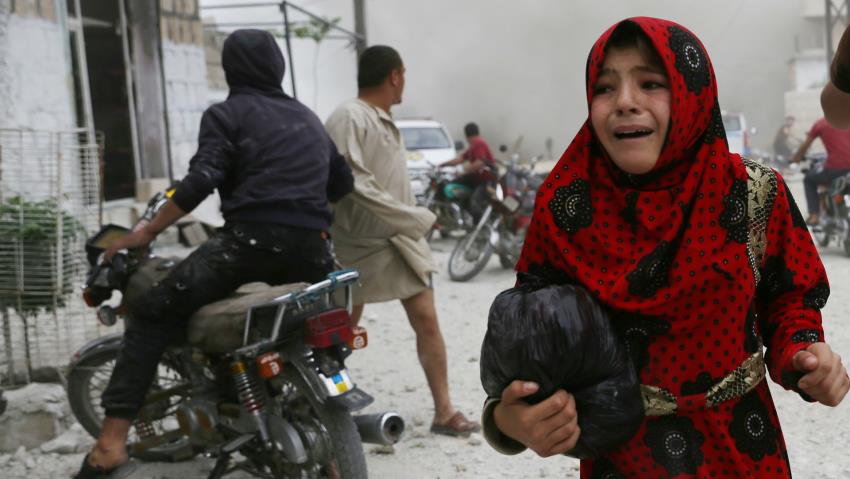 1. Syria’s northeastern town of Amuda hosted a forum where foreign and Arab researchers participated to discuss the future of Syria’s east Euphrates region after the defeat of the Islamic State (ISIS), Asharq al-Awsat reported. The Rojava Information Center is taking part in the three-day “International Forum on ISIS” alongside 125 other guests that include academics, researchers and politicians from 15 different countries, including the United States. Organizers announced that they were keen on having Syrian people from all backgrounds participate so that it can be understood what ISIS had done to Syrian Kurds.

3. Lebanon is toughening enforcement of work and housing rules – some of which were ignored for years – for the more than 1 million Syrian refugees living in the country. Lebanese politicians have also ramped up their calls for the Syrians to leave. The army demolished at least 20 refugee homes on Monday, seven global aid agencies said. Reuters quoted refugees in the makeshift Arsal camp as saying the army arrived at dawn with a small bulldozer taking down a few shelters. At least 15,000 Syrian children could become homeless in Lebanon, Reuters reported. Human Rights Watch described the shelter order as “one of many recent actions to crank up pressure on Syrian refugees to go back.” These include more arrests, deportations, shop closures, curfews, evictions and other measures in the past months, it said on Friday.

4. At least 130 children were among the 544 people killed in a Russian-led assault on the last rebel-held area of northwestern Syria over the last two months, according to the Syrian Network for Human Rights (SNHR). Aided by Russian air power, the Syrian army launched an offensive on the rebel-held Idleb province and the nearby provinces on Apr. 26, 2019, and fighting has continued since then. More than 2,000 people had been injured, the organisation which briefs United Nations agencies, added. “The Russian military and its Syrian ally are deliberately targeting civilians with a record number of medical facilities bombed,” said the group’s chairman Fadel Abdul Ghany.

5. On Sunday, hundreds of displaced families returned to their houses in al-Qusair city in Homs’ western countryside, which had been liberated from terrorism by the Syrian Army. Speaking to SANA’s reporter the returnees expressed their happiness over the restoration of security and stability to al-Qusair city after the elimination of terrorism thanks to sacrifices and heroism of the Syrian Army. Homs Governor, Talal al-Barazi, told journalists that the return of the first batch of locals to al-Qusair comes within the state’s plan for the return of the locals to the areas liberated from terrorism just like many areas in Homs province such as Tadmour (Palmyra), al-Houla, and al-Waer neighborhood, with the areas being provided with all basic and logistical supplies and requirements, mainly education and health, in coordination with the administrative units and al-Qusair City Council.