Displaced Syrian families have returned from the al-Azraq refugee camps in Jordan via the Nassib border crossing reports SANA. 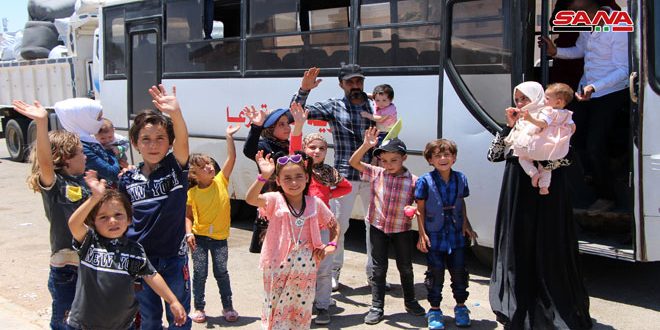 On Wednesday, a number of displaced families returned from refugees camps in Jordan via the Nassib border crossing, to be transported later to their areas of permanent residence, which have been liberated from terrorism.

SANA’s reporter said that four families, mostly women and children, returned on buses from the al-Azraq camp in Jordan after registering their personal information and their permanent residence.

The head of the Immigration and Passports Center at the crossing, Col. Mazen Ghandour, mentioned in a statement to SANA that the number of people who have returned back home since the opening of Nassib crossing last October until today has reached 22,250 citizens.