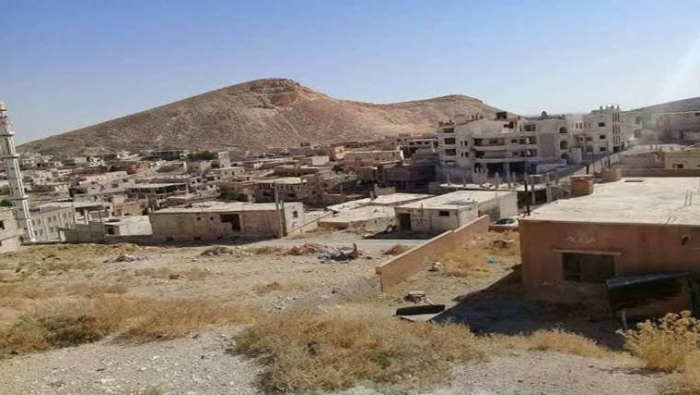 Clashes between members of the Lebanese militia Hezbollah and the National Defense Forces (NDF) in the town of Fleitta in western Qalamoun in Damascus Countryside killed seven Hezbollah members two days ago.

According to opposition media sources, on Saturday and Sunday the al-Shahba district on the outskirts of Fleitta near the Lebanese-Syrian border witnessed disputes between a commander in the NDF, Ahmed Rateb al-Naqshi, and a Hezbollah commander, Hassan Marjioun, over the profits of a drug deal that Marjioun recently brought into the area.

As a result of the clashes between the two sides, in which medium and light weapons were used, seven Lebanese were killed, including the commander Marjioun, as well as a number of wounded on both sides.

Naqshi was wounded along with two of his fighters and was taken to the al-Bassel hospital in Yabroud to receive treatment, while the wounded from Hezbollah were taken to hospitals in Lebanon, according to the opposition Sowt al-Asima website.

As a result, military reinforcements composed of a number of vehicles bearing heavy machine guns from Hezbollah, as well as a number of fighters, entered into Yabroud and Maarat Yabroud and the city of al-Zabadani on Sunday morning through the mountain roads on the outskirts of Brital and al-Labweh.

According to the same source, the Hezbollah fighters imposed a security cordon on the outskirts of Fleitta, and prevented residents from going in and out of the town, along with raids on the pretext of looking for NDF fighters.

Hezbollah deployed military checkpoints on the outskirts of the towns of Qara, Jarijir and al-Sahal, which they had withdrawn from days ago.

Most of the towns of western Qalamoun along the Syrian-Lebanese border are under Hezbollah’s control, serving as a safe passage for drugs to enter into Syria.

It has become clear that the country has entered a state of armed chaos and drug dealing, which is a trade that many media reports have pointed out Hezbollah’s involvement in.