Heavy casualties following weekend clashes, reconstruction finds being diverted, Putin calls for the elimination of all opposition groups and Palestinians tortured in Assad prisons. Catch up on everything that happened over the weekend. 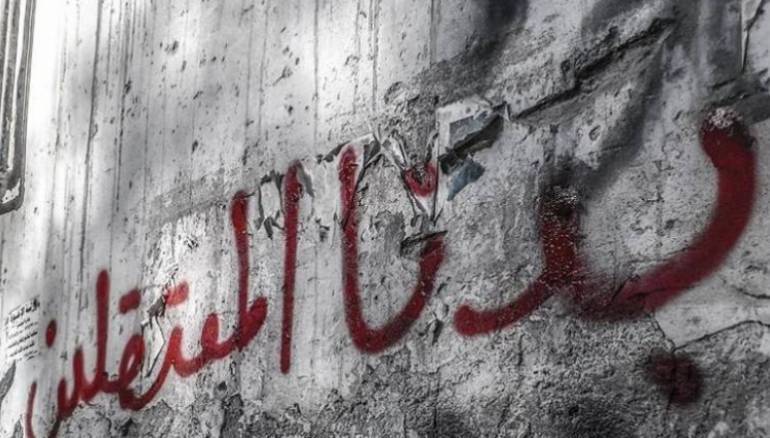 1. Nearly 100 pro and anti-regime fighters were killed in northern Syria on Friday, a war monitor said, in some of the heaviest fighting seen in weeks. Clashes began at dawn on Friday morning with heavy bombing, with rebels killing 51 pro-regime fighters, the Syrian Observatory for Human Rights reported. At least 45 rebels were killed defending the opposition province from attacks, the agency added with fighting continuing until the afternoon.

2. Human Rights Watch said in a 91-page report released in Geneva that the Syrian government has developed a policy and legal framework to divert, “reconstruction resources to fund its atrocities, punish those perceived as opponents, and benefit those loyal to it.” Many Syrians rely on aid to survive amid poverty and a lack of food and medicine in parts of the country that had a pre-war population of 23 million. “While seemingly benign, the Syrian government’s aid and reconstruction policies are being used to punish perceived opponents and reward its supporters,” said Lama Fakih, acting Middle East Director at Human Rights Watch.

3. At least five US-backed fighters were killed on Thursday in clashes with the Islamic State (ISIS) in eastern Deir ez-Zor province, activists told Zaman Al Wasl. The assailants opened fire on the Syrian Democratic Forces (SDF) in the town of al-Hajin, according to activist Mohamed al-Khalaf. The attack by an ISIS sleeper cell followed a campaign by the Kurdish-led forces to track former ISIS militants in eastern Syria. Kurdistan 24 reported on Wednesday that the SDF had arrested five ISIS members in the cities of Raqqa and Manbij.

4. Russian President Vladimir Putin called for the elimination of the remaining opposition groups in Syria, calling them “terrorist cells”.  Putin was quoted by SANA as saying, “There are many remaining terrorist cells in Syria and they should be eliminated,” Putin said in a press conference at the conclusion of the G20 summit in the Japanese city of Osaka on Saturday.

5. The Action Group For Palestinians of Syria (AGPS) announced over the weekend that more than 600 Palestinian refugees had died under torture in Syrian regime prisons since the outbreak of the bloody war. Eighty Palestinian refugees from Syria were pronounced dead in 2018 alone, up from 13 refugees in 2017. Seventy-seven victims were identified through pictures leaked from Syrian state prisons. The list of victims includes activists, volunteers, medics, engineers, academics, journalists, university students and artists. According to data by AGPS, 1,758 Palestinian refugees, among them children, women and elderly refugees, have been enduring unknown fates in Syrian government prisons. Toddlers clinging to their mothers’ arms have also been spotted in Syrian jails.