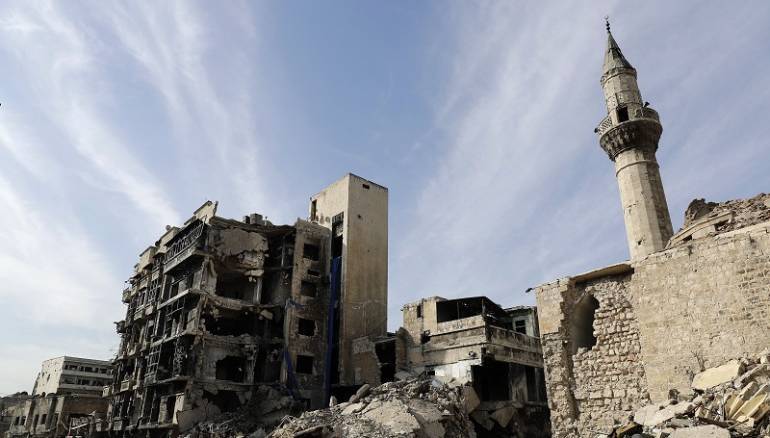 Syrian activists and opposition media have accused Iran-backed militias of looting antiquities from the historic cities of Aleppo and Palmyra.

The SY24 news site said that an Iranian organization have been excavating archaeological sites in the eastern neighborhoods of Aleppo, which are controlled by the Iranian Revolutionary Guard Corps (IRGC) and its militia.

A source in regime-held areas told Zaman al-Wasl that the Iranian al-Mehdi Relief Organization was given permission by Maj. Gen Javad al-Ghaffari, head of the Iranian forces in Aleppo, to excavate areas the Old City of Aleppo.

The SY24 platform revealed that Ghaffari is the architect and mastermind of an operation to control the city of Aleppo, which is being executed by the IRGC and Hezbollah, with the full support of the Russian air force and regime forces.

The source confirmed that earlier this year, the organization signed contracts with the Directorate of Islamic Endowments and the Directorate of Museums and Archeology in Aleppo, for the restoration and rehabilitation of public buildings, noting that “this step was taken to provide protection for the illegal work in the city”.

In 2016, the regime forces backed by Russia and Iran took full control of eastern Aleppo after a deadly offensive that killed and displaced thousands.

Experts and workers in the field of Iranian monuments used cars and trucks belonging to the city council of Aleppo, to move between the neighborhoods of the city, and the implementation of drilling and the removal of material from the places where it operates.