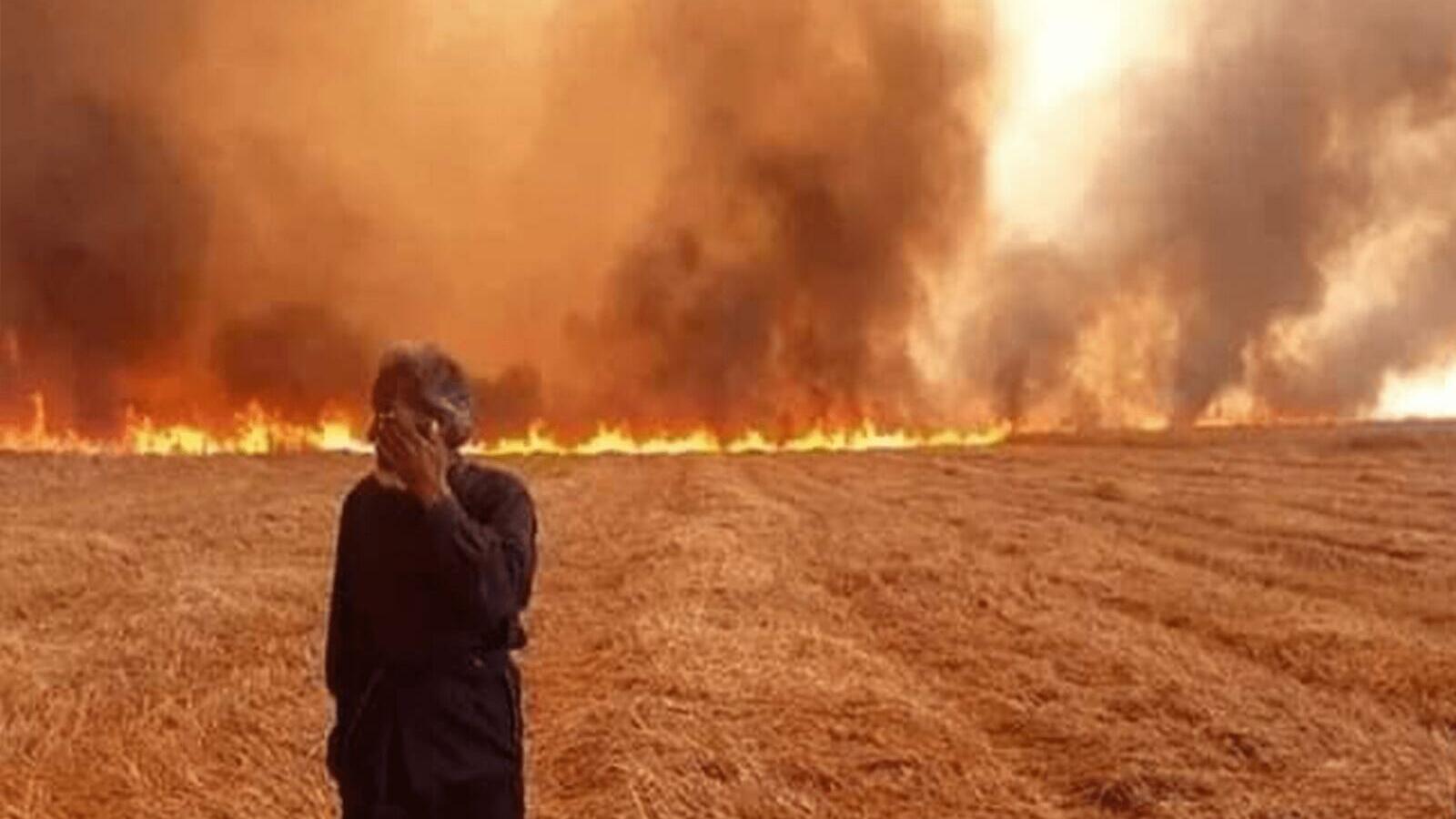 Fires that broke out on Wednesday in eastern Syria are still ongoing, with three new fires in the southern Qamishli countryside, which destroyed about 2,000 hectares of farmland planted with wheat, two days after fires destroyed thousands of other hectares.

The day before yesterday a major fire broke out in the al-Qahtaniyeh subdistrict, which destroyed more than 15,000 hectares, while the countrysides of Amoudeh and al-Darbasiyeh witnessed similar fires. The real reason is not known, but residents have blamed the de-facto authorities (the Self-Administration) because it caused a delay in the harvest season by banning harvesters from entering the area and forcibly conscripting them.

The municipality of al-Yarubiyeh (Tal Kujar) said on Jun. 12, 2019, that the rate of damaged agricultural yields in the subdistrict was about 60 percent, due to the fires that broke out in the region.

The fires have affected crops in more than 30 villages, with the flames reaching inside some villages, such as Kari Bari Hajjou, and forcing residents to flee. The flames encircled the Qahtaniyeh town of Tarbsibiyeh and would have consumed the area if residents hadn’t been able to put it out.

Activists in eastern Syria said on Facebook that the fires are still raging and that they had consumed large areas of wheat and barley crops in the Kharbet Balka area in the al-Mabadeh subdistrict of Karki Laki, and that fire fighting vehicles headed to the area to put it out.

The party responsible for setting the fires is still unknown, though there have been accusations traded between the Syrian regime and the Self-Administration.

Activists have criticized the difference between the Self-Administration’s reaction when the fires got close to oil, when military forces participated in putting out the flames, and now, when the International Coalition and Self-Administration did not bothered to respond to residents’ pleas.

The Self-Administration and the Emergency Committee’s reaction toward the fires in their areas has been to neglect their responsibility, with the “committees” saying in a prior statement that “destructive hands” were behind the fires, and called on residents to “take caution and protect their crops.”