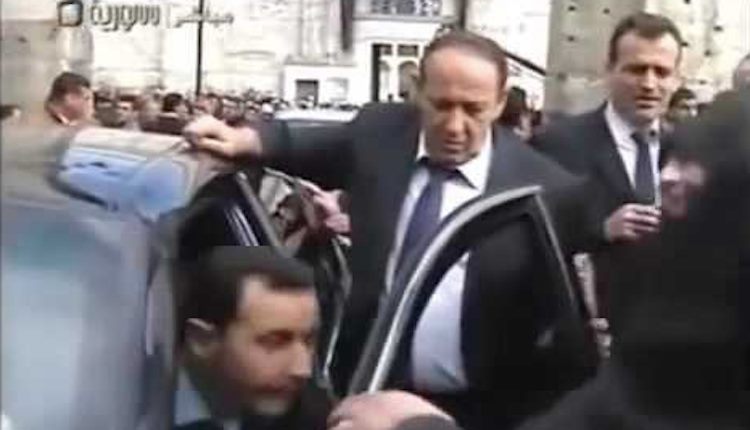 The Syrian regime president ordered that the head of presidential security, his cousin Major General Dhu al-Himma Shalish be placed under house arrest, according to a pro-regime Lebanese newspaper.

The Lebanese Al-Diyar newspaper, which is close to the regime, said that Shalish, the former commander of the regime president’s guard, had been removed from his position months ago, despite being at the top of the list of the president’s companions and a top guard.

Then came the order to place him under house arrest at his home in the al-Maliki district in Damascus. Shalish was the nephew of former regime President Hafez al-Assad, and he followed the Palestinian general Khalid al-Hussein as head of the regime presidential guard after Bassel al-Assad was killed in 1994.

After Hafez al-Assad died and Bashar al-Assad became president and Shalish remained in his position until he was removed for reasons thought to be connected to financial embezzlement.

Shalish has exploited his position and his proximity to the Assad family to gather major wealth through public construction projects, trade, bribes and smuggling. He is the head of the third largest family gang in Syria after the Assad and Makhlouf families. He has a financial alliance with the Fattoush family in the Lebanese town of Zahleh and a bank account in a Lebanese bank estimated at 800 million dollars—in addition to various large investments and companies.