The Syrian American Medical Association has said that a large number of Syrian refugees are suffering from mental problems brought on by the crisis in their country writes Zaman Al Wasl. 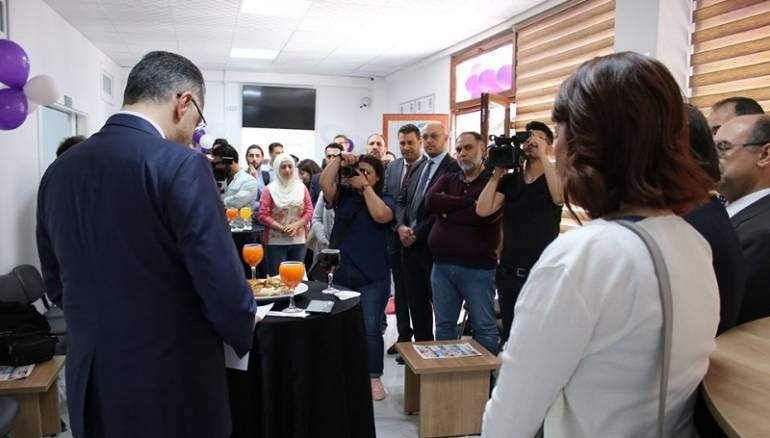 The Syrian American Medical Association (SAMS) in the Turkish border city of Gaziantep has established a center for psychological and social care for Syrian refugees who suffer from post-traumatic stress disorder.

SAMS is a non-political, non-profit medical relief organization working on the frontlines to provide relief to those in need during. It was established by a number of Syrian and American doctors to save victims, alleviate suffering, defend medical neutrality and ensure a healthier future for Syrians.

The center is aiming to treat the psychological problems of refugees especially children and youths who have suffered psychologically as a result of displacement.

According to local statistics, 20 percent of the Syrian refugees in Turkey suffer from mental disorders, anxiety and depression.

Dr. Mazen Kwara, Regional Director of SAMS in Turkey and northern Syria, told Zaman Al Wasl that the psychological situation of the Syrian refugees is no better than the Syrians inside Syria, because they have endured shelling and the bad economic situation caused by asylum.

He said that over the last eight years, severe psychological stresses due to security situation in particular is the main reason that SAMS is interested in mental health and psychosocial support for Syrian refugees.

“The most important psychological problems for Syrian refugees currently are depression and anxiety disorders and various types of infections” he said.

SAMS relied on statistics and studies conducted by the Turkish Ministry of Health at a national level.

The center will provide, “Psychotherapy services with individual medical supervision and psychotherapy” and, “Counselling services for various psychological and social problems for all age groups (family, behavioral, learning disabilities and rehabilitation for children with special needs) and training and capacity building in the field of mental health and psychosocial support”.

The center also ensures privacy and confidentiality of beneficiaries and information for all reviewers.

The center was set up in an area that is crowded with Syrians, in order to be accessible to children, young people and complex cases.

Dr. Mazen called on Syrian refugees and others to pay more attention to their mental health, to take their mental disorders seriously and to go to institutions that can serve them in this subject.

Dr. Fawaz al-Momani, a psychology professor at al-Yarmouk University in Jordan, told Zaman Al-Wasl that the studies confirm that there are high levels of post-traumatic stress among the refugees, ranging from 25 to 75 percent.

He added that one of the most important variables in this aspect are the special reasons related to the traumatic events, such as scenes of destruction, killing, loss of land and sexual assaults on women, children and the elderly.