Ammar al-Sheikh Haidar is protesting the handle of his and his daughter's immigration application by the Canadian authorities reports Anadolu News Agency. 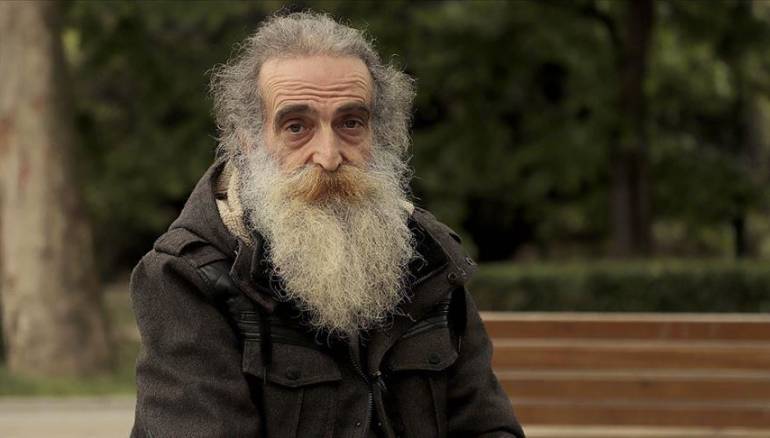 A Syrian political dissident has been on a hunger strike in Istanbul, Turkey for 11 days after Canada failed to follow through on his application for asylum for himself and his family, who he has not seen in years.

Ammar al-Sheikh Haidar, the brother of Ali Haidar, Syria’s former minister of state for national reconciliation affairs, was imprisoned by regime forces due to his dissident stance and then held by pro-regime militants.

Ammar, who hails from Hama, told Anadolu Agency he was arrested in May 2010 and was sent to the capital, Damascus, where he spent a year in prison.

“I sent my wife and daughter to Jordan. However, I did not want to leave Syria. I was hoping there would be a regime change in a quick and safe manner. I stayed in Syria until 2014. One day, I was kidnapped by people whose faces I did not see but I regarded as Lebanese Hezbollah due to their accent. I was held for a month. My health was in bad shape,” he said.

“A trap was set in front of my house in Masyaf city one day. Luckily, I was walking in a crowded group towards the house. I got in the house and survived. Thereafter, I was forced to flee to Lebanon. I was looking for a safe place.”

Ammar said he did not consider bringing his family to Lebanon “because of the nonstop provocations by the regime and its supporters against political refugees. We were subjected to the worst ill-treatment. We were discriminated against. This happened with the secret support of the Lebanese authorities.

Fed up with the pressure, he said he left for Turkey in late 2015.

Noting that his daughter was expelled from her university in Lebanon after he failed to pay the tuition fee, he said he attempted to reunite with his family in Turkey but was unsuccessful as Turkish law only accepts migration from Syria by land.

He said he tried four times to bring his family to Turkey through illegal means.

At the end of 2017, Ammar applied for asylum in Canada, but his daughter was not added to the family file because she was over 18 years old.

“They did not want to open a separate file. By late March 2018, she was invited to the interview too. Meanwhile, I got the first approval. My health report was approved at the Canadian embassy in Ankara in August 2018. However, the process has stalled since then. My wife has had no response. This is what worries me,” he added.

Tired of all the negative developments, Ammar started his hunger strike on May 3 in Istanbul, looking forward to uniting with his family.

He said he first planned to stage the hunger strike near the Canadian consulate in Istanbul but later decided to do it near the visa center affiliated with the consulate as the diplomatic building was in a large business complex and his demonstration would not draw much attention.

However, he was forced to leave by the visa center’s security personnel and continued his hunger strike in other squares.

“I don’t protest against anyone. I want my message to reach everyone. I’m a displaced person. The international community, its laws, actions and policies leave refugees with the worst options. I will continue my strike as long as my health allows,” he said.

Syria has only just begun to emerge from a devastating conflict that began in 2011 when the Bashar al-Assad regime cracked down on demonstrators with unexpected severity.