The Syrian and Russian Coordination Committees for Returning Displaced Syrians has accused the US of holding displaced people hostage and stealing Syrian oil writes SANA. 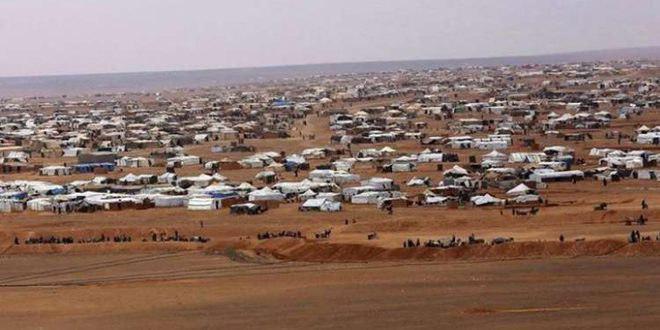 The Syrian and Russian Coordination Committees for Returning Displaced Syrians reaffirmed that the US is responsible for the slow process of evacuating civilians from the al-Rukban Camp, which increases the suffering of tens of thousands of the Syrians who are forcibly held by the US occupation forces in the al-Tanf area and the by the terrorist groups which back them.

They indicated that the US is stealing Syrian oil and it facilitates its smuggling to finance terrorist groups.

A statement issued by the two committees on Wednesday read: “The US bears full responsibility for the slow evacuation process of the displaced from the al-Rukban Camp and their return to their permanent residences,” indicating that, “Only quarter of the Camp’s dwellers have been evacuated.”

“The behavior of the US side creates more victims and increases the suffering of the Syrians who are forcibly held,” the statement added, noting that, “Despite of the unprecedented measures taken by Russia and Syria to provide the suitable conditions in the areas to where the refugees are returning, the measures of evacuating citizens from al-Rukban Camp are slow and till now only 12,000 people have left.”

The statement added that at a time when the, “US along with their allied states have created a fake fuel crisis in Syria with the aim of strangling the Syrian economy, the US is stealing Syrian national resources and smuggles it from the left bank of the Euphrates River and uses it to finance illegitimate armed groups and for the production of explosives that prevent the construction of Syria and have a destabilizing effect.”

The statement called on, “The US to give up its double standards policy and to respect human rights and international law and to withdraw its forces from Syrian territories immediately.”

The statement also called on the UN to implement its tasks and to push Washington to cancel the economic sanctions imposed on Syria as soon as possible and to dismantle the camps of al-Rukban and al-Hol and liberate the Syrian citizens from them and facilitate their return to their hometowns inside the Syrian territories.

The statement noted that the, “Situation in al-Hol Camp in eastern Syria is not less catastrophic than that in the al-Rukban Camp and its residents are facing the same problems.”