Turkish President Recep Tayyip Erdogan said that the ongoing operation and the increase in tensions could jeopardize the formation of a Constitutional Committee writes Asharq al-Awsat. 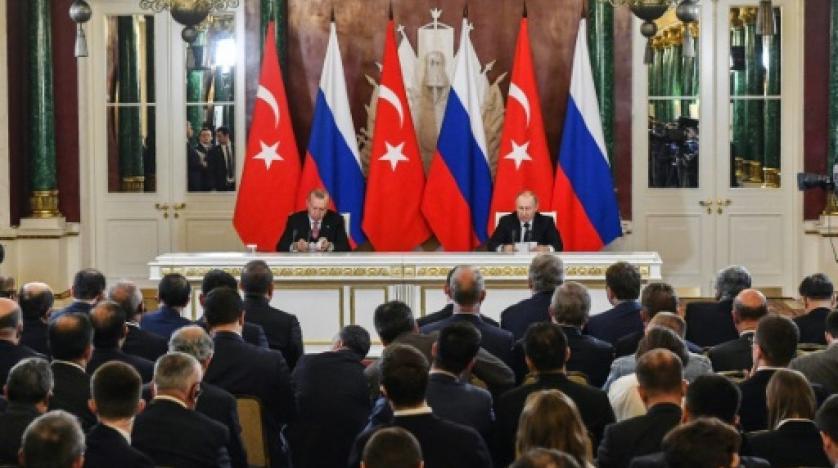 Ankara has intensified its contacts with Moscow in light of the escalation of the Syrian regime’s attacks in Idlib, supported by Russia.

Turkish President Recep Tayyip Erdogan accused the Syrian regime of “seeking to sabotage” Ankara’s relationship with Russia through its latest offensive in the northwest of the war-torn country.

Erdogan told his Russian counterpart, Vladimir Putin, during a phone call late on Monday that the offensive by Head of the Syrian regime Bashar al-Assad’s forces “sought to sabotage Turkish-Russian cooperation” in Idlib by violating the ceasefire agreement and breaching outcomes of Astana talks.

The two leaders discussed bilateral relations and recent developments in Idlib, reiterating their commitment to Sochi Agreement, which was concluded on September 17 and stipulated the establishment of a demilitarized zone separating the regime and the opposition in Idlib.

Erdogan noted that rising tensions in the region would jeopardize the formation of a Constitutional Committee in Syria and the political process.

The guarantor states (Turkey, Russia, and Iran) announced mid-September 2017 reaching a deal to establish a de-escalation zone in Idlib, in accordance with a deal concluded in May that year.

In September 2018, they agreed to create along the contact line between the armed opposition and government troops a demilitarized zone of a depth of 15-20 km, with the withdrawal from there of radically-minded rebels, to be implemented by October 15.

But Moscow has repeatedly blamed Turkey for failing to oust militant groups, notably the Nusra Front, from Idlib, as well as failing to meet its obligations to open international roads.

Regime forces stepped up the assault on southern Idlib in an effort to regain control of the main roads.

Turkey, for its part, fears a new wave of massive displacement to happen with some four million civilians living in Idlib’s demilitarized zone, including masses displaced by the regime.