While calling form Syrian unity, the Greek Orthodox Patriarch of Antioch and All East also called for the lifting of economic sanctions reports SANA. 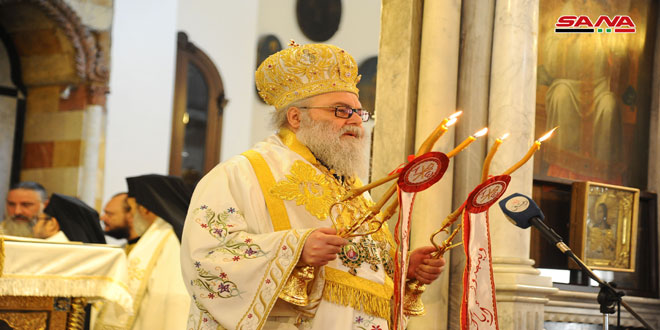 Easter Monday mass was held at the Mariamite Cathedral in Damascus, headed by Greek Orthodox Patriarch of Antioch and All East, John X Yazigi.

In a speech, Patriarch Yazigi prayed for the unity of the entirety of Syria’s territory, including the occupied Syrian Golan, stressing that the Golan will always remain Syrian.

The Patriarch called on the international community to lift the unjust economic embargo, which constitutes a silent war imposed on the Syrian people.