A Syrian Facebook, Russian reticence about an Idleb assault, a halt to the registration of refugees in Germany and Syrians arrested in Lebanon. Catch up on everything that happened over the weekend. 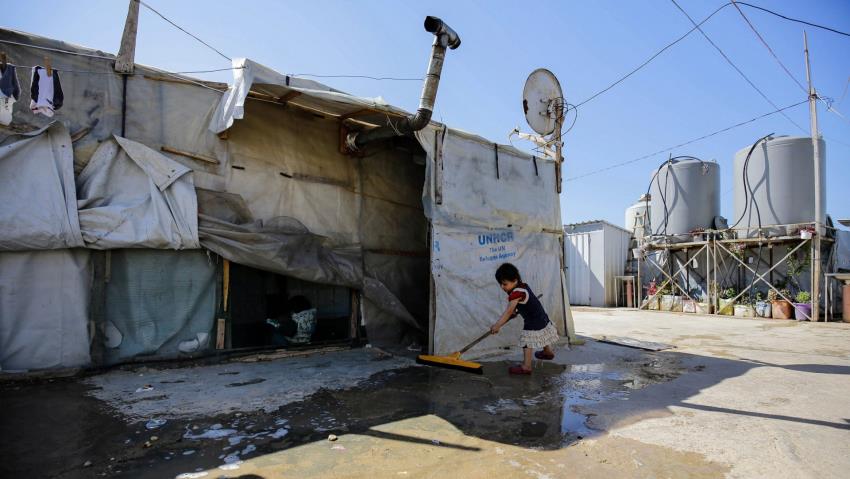 1. A Syrian official has said the Assad regime is developing an online platform to rival social media giant Facebook, a local pro-government outlet reported on Wednesday. Deputy Communications and Technology Minister Ghassan Saba told the magazine Masarat that a social media application was being designed to “protect the privacy of Syrians”. The announcement comes days after Syrian authorities complained that its Instagram account had been shut down. “The Ministry is working to create an application similar to Facebook, but a Syrian version,” Saba was quoted as saying.

2. Israeli raids and military operations in Syria, as well as the economic situation in Iran, has prompted Tehran to give up a large part of its plans and limit its objectives in Syria, according to Israeli intelligence sources. The sources told Israel’s Maariv newspaper that Iran did not change its strategic objectives in the region, but it had to “let go” of some of these objectives. At the same time, Tehran increased its expectations in Iraq to overcome the decline of its status in Syria. The sources added it is possible to see a change in Iran’s performance over the past year.

3. On Saturday, Russia’s President Vladimir Putin called for a continuation of the fight against terrorism, however, he noted that for now, launching a full-scale assault against militants in Syria’s Idleb province was unpractical. According to Asharq Al-Awsat, Putin said the presence of civilians in parts of Idleb where militants were also active meant the time was not yet ripe for full-scale military operations. “I’m not ruling it [a full-scale assault] out, but right now we and our Syrian friends consider that to be inadvisable given the humanitarian element,” Putin stated.

4. Germany has stopped processing some applications for asylum from Syrian refugees, according to a report on Saturday. The German Interior Ministry was quoted as saying that the decisions on some asylum applications from Syrians had been ‘postponed,’ AFP reported. According to the report, those affected are Syrians granted subsidiary protection. The decision is currently pending a new assessment of the security situation in Syria, which has not been announced yet.

5. On Friday, the Presidential Political and Media Advisor, Bouthaina Shaaban, delivered a speech at the opening session of the sub-forum of the Second Belt and Road International Summit. In the speech, reported by SANA, Shaaban said that Syria has been subjected to a terrorism war for the past eight years, and the latest form of this war is the US and Western attempts to prevent any connection between Syria, Iraq, and Iran, because such connection is vital for economic, social, and cultural life, stressing that the emphasis of the Belt and Road initiative on building connections between countries is essential. She said that the Belt and Road initiative is crucial for confronting Western hegemony and attempts to divide people, and it is specifically important for the countries of Western Asia, the Middle East, and the Arab world.

6. On Wednesday, the Lebanese Army stormed a Syrian refugee camp near the town of Bar Elias in the Beqaa Valley, removing tents and detaining most of the male refugees living there. Opposition Syria TV reported that the army destroyed 110 empty tents at the Yasmin Refugee Camp. These had been donated by humanitarian organizations for use in emergency situations. Up to 80 people were detained for not possessing the correct documents. The army also confiscated motorcycles belonging to refugees. The Yasmin Refugee Camp was established in 2016 in coordination with the UNHCR and the Lebanese Interior Ministry. It consists of 320 pre-fabricated housing units and a number of tents.