Following their weekly meeting, the cabinet has said that they will implement a range of projects to help mitigate the effects of the fuel crisis that is plaguing Syria writes Al-Watan. 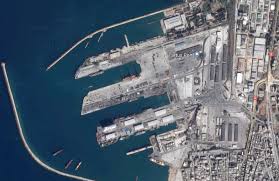 The cabinet has carried out a review of oil production and the measures that have recently been taken to raise the levels of local production and open new distribution outlets, as well as directly intervening with mobile stations and reactivating closed stations. During its weekly meeting it also discussed the supply situation in light of the unilateral and forcible measures imposed on the Syrian people.

According to a cabinet press release, it stressed that the issue of oil products and all related matters were being followed around the clock and that no effort would be spared to restore the sector to normality and to secure the fuel needs of citizens.

The Minister of Water Resources, Hussein Arnous, put forward a proposal with regards to the water situation in all provinces and the storage rates in the water basins and bodies, and the situation of the water reservoirs and the Ministry’s strategic plans for the short and medium term to maximize available resources.

The Prime Minister, Imad Khamis, stressed the need to address the water shortage situation and to follow up on the national plan for modern irrigation, with a focus on setting up facilities to manufacture modern irrigation equipment under a policy of replacing imports, as well as continuing with the plan to maintain and build dams and reservoirs and to consider setting up small desalination plants and distributing them to farmers as well as the matter of separating treatment plants from dams and water reservoirs.

The cabinet assigned the Ministry of Industry to set up small production units for making readymade clothes in its facilities in the provinces in order to secure jobs for the families of martyrs and the wounded and to help achieve additional economic profitability for the facilities. The cabinet asked committees to follow up on the implementation of development and service projects in the provinces and to prepare a list of the projects that have been completed and another list for projects under construction and non-performing projects and the reasons why they were not performing and to follow up on the implementation of these projects in accordance with budget priorities.

He said that the finishing touches were being put on a guide for drafting legislation, which will serve as a legal reference for drafting laws and removing all overlaps in legislation among the ministries, as well as embarking on a strategy for the national anti-corruption campaign. He noted the importance of following up on the model guide for administrative development directorates in the public institutions as part of the administrative reform process, which will be implemented in stages and needs to be followed up, especially given that the future nucleus for showing the effectiveness of this plan are the administrative development directorates.

As a follow up to the investment projects prepared in accordance with the partnership law, the cabinet discussed the project to administer, invest in and operate the Tartous port by friends in the Russian Federation, and its development to become a regional outlet helping achieve economic gains and boosting financial revenues which create joint returns, as well as the important role that can be played by the port in securing various goods that Syria need.

For their part, a number of government members presented results of their field visits in some provinces, where they followed up on some of the projects and programs included in their work, most importantly the activities and programs achieved over the last week and the participation of the Economy and Foreign Trade Ministry at the fifth round of the Yalta Economic Forum.