Blaming Western sanctions for the crisis, Syria had imposed tough sanctions on people's fuel consumption, limiting how much and how often they can fill up their vehicles writes Asharq al-Awsat. 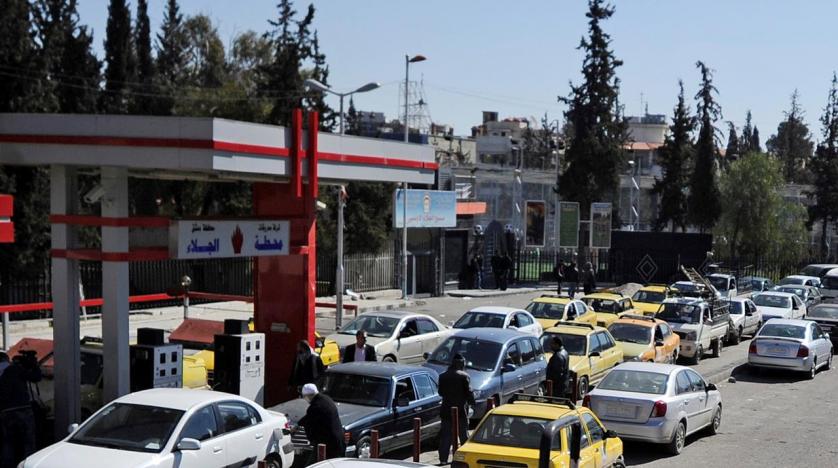 Damascus on Monday imposed new limits on subsidized petrol for cars and motorbikes in regime-held areas of Syria, in the latest bid to curb a fuel crisis it blames on Western sanctions.

Owners of private cars would now be allowed just 20 liters (about 7.5 gallons) of fuel every five days, said the ministry of petroleum and mineral resources, reported AFP.

At petrol stations in the capital, queues hundreds of meters (yards) long have stretched along streets in the past few weeks, with drivers waiting for hours to get their fill.

Qusay, a taxi driver in his 30s, said he had camped out in his car overnight to make sure he got some fuel from a station, so far to no avail.

“I got to the front of the queue after midnight with less than 20 cars ahead, but then the petrol ran out at the station,” he told AFP, adding that “it’s still closed”.

Ahmad al-Hamawi, 45, gave up after four long hours of waiting.

“I’ll try to forget my car in the coming days and walk to work,” said the radio program director.

The measures announced on Monday allow taxi drivers to fill up 20 liters every two days.

Motorbikes would be permitted three liters every five days, the ministry said, in what it described as a “temporary measure to fairly distribute petrol”.

The measures are the latest in a series of restrictions on the daily consumption of subsidized petrol.

On April 8, the ministry of petrol and mineral resources said it was temporarily slashing the daily cap on subsidized petrol by half, to 20 liters from 40 per vehicle.

Then on April 10 it further halved the amount to 20 liters every two days.

On Sunday, the regime said it would halve the amount of fuel allocated to public institutions to run their vehicles, state news agency SANA said.

The petrol crisis follows fuel oil and cooking gas shortages over the winter.

Syrian officials have blamed the crisis on a flurry of Western sanctions targeting the Damascus regime since the start of the war in 2011.

In November, the US Treasury issued an advisory threatening penalties against those “involved in petroleum-related shipping transactions with the Government of Syria”.