Despite being accepted on to a resettlement scheme by the British Home Office, 15 LGBT Syrian refugees are still waiting for permission to travel to the UK writes Al-Araby al-Jadeed. 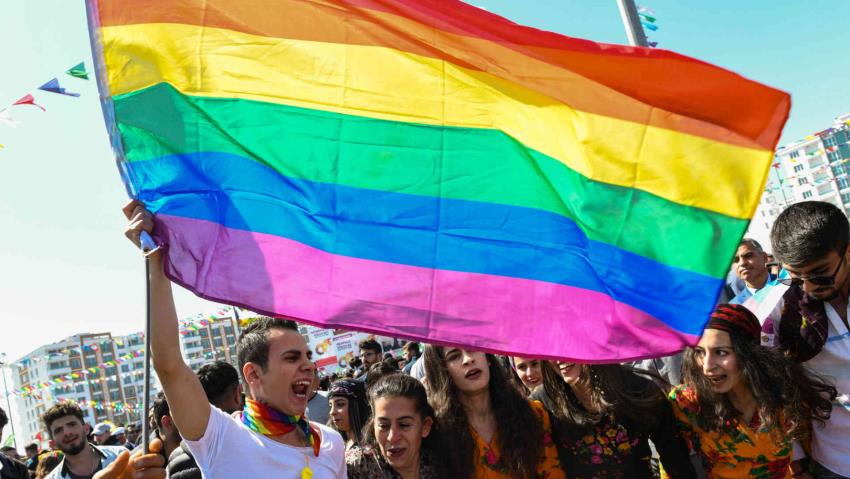 Fifteen LGBT Syrian refugees, living in Turkey, launched a legal claim against the UK Home Office on Monday. The group claim the British government has abandoned them despite assurances they will be brought to the UK.

The 15 refugees were accepted by the Home Office onto a resettlement scheme that curtails the lengthy asylum process, the Guardian reported. But many of them have now been waiting more than two years to be brought to the UK, as opposed to the two or three months it takes other European countries to resettle refugees on similar schemes.

The resettlement scheme – also found in countries such as France, Germany, Norway and Sweden – typically accepts small numbers of those fleeing danger or prosecution to seek refuge in the UK.

The LGBT refugees say they have been abandoned by the Home Office and have to live in “safehouses”.

“I can’t live in this country any more. I feel that at any moment my family could find me and kill me,” one of them currently in an Istanbul safehouse told the Guardian.

“One LGBTQ+ Syrian refugee I know has been waiting more than two years for the UK Home Office to bring him to safety. He has been stabbed twice because of his sexuality.”

Homosexuality is not illegal in Turkey, but those who identify as LGBT are often subject to homophobic attacks and abuse. Hande Kader, a 22-year-old transgender woman, was brutally murdered in August 2016 – just weeks after the murder of gay Syrian refugee Wisam Sankara.

The group’s legal action challenge claims government officials “are subjecting them to inhuman and degrading treatment and breaching human rights law” and calls for immediate action to be taken by the Home Office.

Lawyers Toufique Hossain and Sheroy Zaq, who represent the group, have visited them in Istanbul.

“Having fled their homes in Syria, their hope was finally for a life where they could be themselves and live freely. Their stories are truly heartbreaking,” they told the Guardian.

The group has witnessed many of their LGBT refugee friends in similar danger leave Turkey on the resettlement schemes of other European countries, a volunteer supporting LGBT Syrian refugees in Istanbul told The Guardian.

“It’s always the same UK group waving them off at the bus wondering when it’s their turn.”

The volunteer attests to the dangers LGBT refugees in Turkey face. As “isolated individuals” they are vulnerable to discrimination, harassment and physical violence.

“In Syria we saw a lot and went through a lot. In Turkey we are in danger again. We must hide all the time. We are told: ‘Just wait, your file is with the Home Office.’ Everyone has his own dream: to love, to study, to marry, to have rights. The most important thing is to be safe and then we can start to think about these things,” one refugee told the British daily.

The Home Office said it does not normally comment on individual cases and that it takes time to find suitable placements.