The industrial sector in the province of Hama is witnessing a recovery, with the reopening of old facilities and the licensing of new facilities writes SANA. 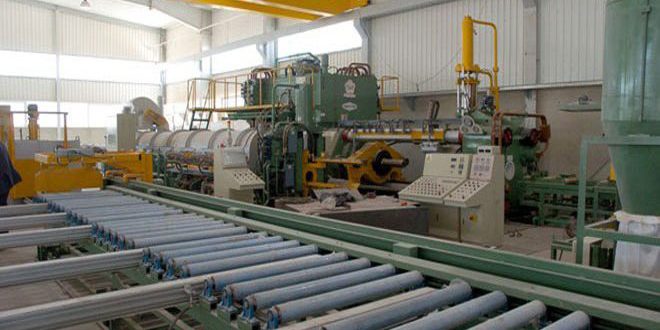 The industrial sector in Hama province has restored its important role in moving the wheel of production and the national economy , and meeting the needs of the market for various goods and products, as a large number of industrial facilities have returned to production, while new ones have been licensed .

Speaking to SANA, the Chairman of the Board of Hama’s Chamber of Industry, Ziad Arbu said that over 100 industrial facilities joined the Chamber in 2018, as the total number of facilities in Hama reached 1,626 distributed among food, engineering, chemical and textile facilities.

Arbu pointed to the strong will of the chamber to establish an industrial city in the Borkan and Zail al-Ijil areas in Salamyieh in the future, which will cover an area of 1,100 hectares, and serve the countryside of northern Homs, Raqqa, Idleb, and Hama.

For his part, the Deputy Chairman of the Board of Hama’s Chamber of Industry, Moaz Khalouf, said that the industrial sector in Hama has gradually recovered and resumed production despite the current circumstances, especially in Hama which is ranked third for the number of the industrial facilities, and contributions made to the country’s GDP.