A new report by the National Liberation Movement has highlighted the injustices that Syrian refugees living in Lebanon are subjected to and the illegal practises of the Lebanese security forces writes Zaman Al Wasl. 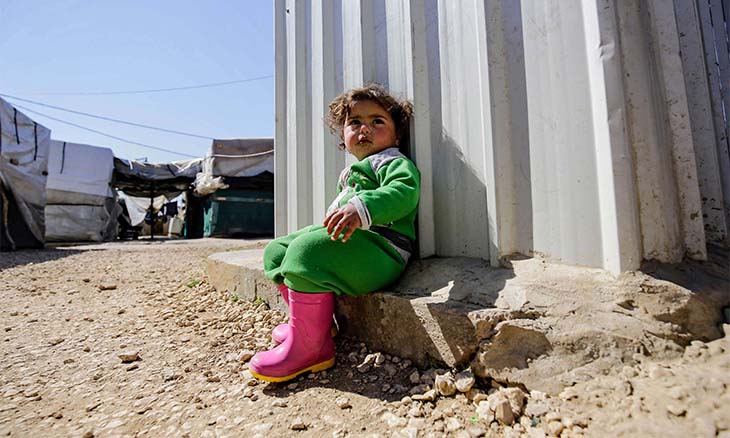 A legal report issued this week has shed the light on the mounting abuses against Syrian detainees inside Lebanese prisons.

The sentences issued by the Lebanese Military Court against Syrian detainees, clearly and unequivocally violate the most basic conditions and standards of trials according to international laws and conventions.

The report was prepared by Moutasem Haj Ibrahim, the lawyer from the National Liberation Movement.

The report mentioned that the torture and humiliation of Syrians in Lebanese prisons is a violation of the Convention against Torture and Other Cruel, Inhuman or Degrading Treatment or Punishment of 1989, which classified torture as a crime against humanity.

Article 3 states that: “Any person arrested or imprisoned under the conditions specified in paragraph (c) of paragraph (1) of this article shall be promptly brought to a judge or a member of the judicial body that empowered by law to exercise judicial functions.

This person is entitled to be tried within a reasonable period of time or to be released during the judicial proceedings, and his release may be subject to a guarantee of appearance before the Court.

According to the report, “Syrian Detainees in Lebanese Prisons”, “Syrian refugees in Lebanon have been subjected to injustice and repression by the security and intelligence services. They have arrested thousands, under baseless and false arguments such as, belonging to terrorist organizations, dealing with Israel and violating Lebanese laws, and subjected them to long periods of time in prison.

“In some cases, they were incarcerated for as long as four years before being brought before a military court. These actions have violated human rights and international laws, including the Lebanese Military Justice Act of 1968, Article 24, which prohibits the prosecution of civilians and all children before military courts.

The report stressed that support of the Assad regime and sectarian incitement from its ally Hezbollah, is causing everyone who revolted against the regime to be punished, and forcing the rest of the refugees to return.

The report pointed out the criminality practiced by the Lebanese security forces against Syrian refugees and detainees.

The National Liberation Movement prepared a file and submitted it to international bodies and institutions in an effort to try and secure the release of these detainees.

According to the report, the file included lists of prisoners and detainees in the Lebanese prisons, in addition to reports of the brutal practices against them and testimonies of activists and detainees from inside Roumieh prison, and an appeal from them to be released.

The report considered that there is an, “almost complete absence of the legitimate rights for Syrian refugees in Lebanon, and that all provisions against Syrians in Lebanese courts violate the laws of 1951, the Universal Refugee Convention and the 1967 Protocol that called for the protection of all refugees in all countries that provide a safe place for them”.

“Sentences against children under the age of 15 is a serious violation by the Lebanese government of international law and the International Convention of Children’s Rights, which insists on the rights of the child as human and universal rights”.