On the second anniversary of the chemical weapons attack on Khan Sheikhoun, the Syrian National Coalition has called for justice and for the case to be sent to the International Criminal Court. 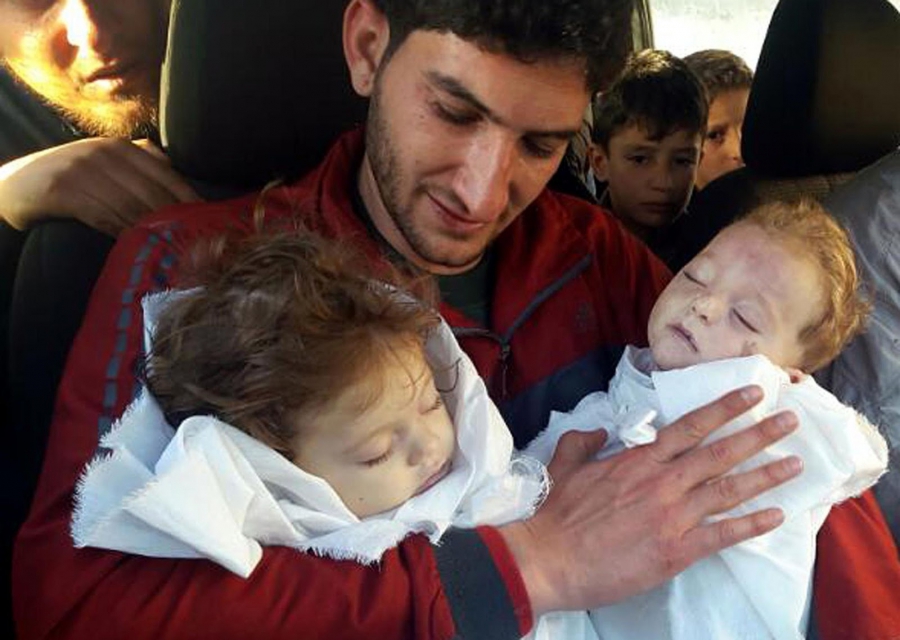 The Syrian Coalition stressed the importance of holding accountable the Assad regime and all those responsible for war crimes in Syria, in order to prevent impunity on the second anniversary of the chemical weapons attack on Khan Sheikhoun.

In a press release issued on Thursday, the Coalition renewed its calls to include the issue of crimes committed in Syria within the jurisdiction of the International Criminal Court and to hold accountable all criminals and their accomplices.

The Coalition also renewed its calls to activate Article 21 of UN Security Council Resolution 2018 to impose measures against the Assad regime under Chapter VII of the UN Charter.

The Coalition said that the reality on the ground confirms that the Assad regime insists on its policy of murder, displacement and escalation, which resulted in the deaths of at least 15 civilians and injured dozens more in the past 24 hours alone. Violent shelling hit rural Hama, Aleppo and Idleb, including the town of Khan Sheikhoun.

“The continued absence of any legal response to the crimes and violations taking place in Syria has consolidated the culture of impunity. It also makes the major players in the international community indirect partners, as they bear the responsibility for the maintenance of international peace and security.”

The Coalition went on: “This horrific chapter of the history of Syria and the region must be brought to an end through serious and responsible international action, which is committed to the protection of civilians, the implementation of international law and international resolutions, and accountability.”