Iran is set to take control of the facility in the fall and will be used to restores Iran's presence in the Mediterranean reports Asharq al-Awsat. 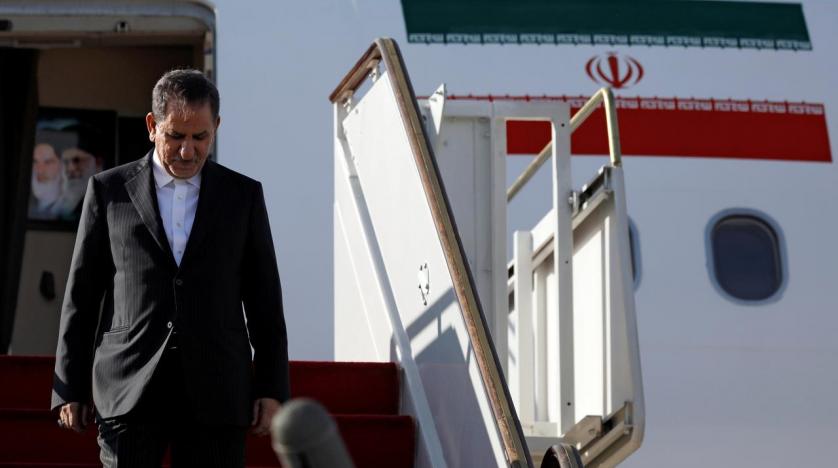 Russia has expressed its anger over Damascus’ granting of Iran the right to operate the western Latakia port on the Mediterranean. This marks the first time that Tehran is given a foothold on the Mediterranean near Russia’s bases in Tartus and Latakia.

On February 25, Syrian Transport Minister Ali Hammoud had requested that the port director form a team to hold talks with Iranian officials on the management of the facility. The decision was taken at Iran’s request to be given authority over the port in return for the financial and military support it has shown Damascus throughout the past eight years of war.

The port has been operated for years by Syria and a French company, but the agreement with Iran will see Tehran operate the facility starting the coming fall.

The French company may take the issue to court to demand compensation from the Syrian government after it annulled its operating contract. The deal with Tehran has also angered Russia that used to alone control Syria’s territorial waters, revealed a western diplomatic source.

Damascus’ move shows the tightrope it is walking between Russia and Iran and demonstrates its bias towards the latter in giving it priority in contributing to Syria’s reconstruction.

Less than a month later, Syrian President Bashar Assad met Iranian supreme leader Ali Khamenei in Tehran, in what the first visit of its kind in eight years.

Since late 2018, Iran has been exerting pressure on Damascus over its slow execution of strategic agreements, which was caused by internal reservations and Russian objections.

In early 2017, Khamis paid a visit to Tehran where he signed five strategic deals. One of them covered investment in Syrian phosphate in the eastern region near the city of Palmyra. Syria boasts the world’s largest phosphates reserves at 1.8 billion tons. The rock phosphate is a raw material used in the production of phosphatic fertilizers, although the war has marred Syria’s ability to mine and market its supply.

Russia retaliated to the deal by pressuring Syria to obtain rights to invest in its phosphates, angering Iran at the time. It has been reported that Moscow and Tehran have since struck a deal over this issue.

Another of the deals saw a consortium backed Iran’s Revolutionary Guards Corps acquire rights to operate mobile phone services alongside Syria’s Syriatel and MTN companies. Russia had reportedly intervened to thwart the execution of the deal, but it has since gone ahead.

“Telecoms are a very sensitive industry. It will allow Iran to closely monitor Syrian communications,” said Karim Sadjadpour, senior associate of the Carnegie Endowment for International Peace’s Middle East program, according to Reuters.

Syria will also give Iran 5,000 hectares of land for farming, and 1,000 hectares for setting up oil and gas terminals, according to Iran’s state news agency IRNA. A deal was also signed on providing lands for animal husbandry.

Apart from military assistance, Syria is increasingly indebted to Iran financially: Tehran opened a $3.5 billion credit line in 2013, and extended it by $1 billion in 2015, which economists say has helped keep the Syrian economy afloat.

In 2011, Tehran had sought to transform Tartus port into a military base, but Moscow objected. Russia then intervened militarily in Syria in 2015 and later deployed its S-400 and S-300 air defense missile systems in Latakia and expanded the Tartus port. It also agreed with Damascus on maintaining “open-ended” military presence in Latakia.

Observers said that Iran’s arrival at Latakia port restores its presence on the Mediterranean. Should the operating agreement come into effect, then the door would be open for the Tehran-Baghdad-Damascus-Mediterranean military and economic supply route, made all the more possible with Iran’s control of Syria’s railway sector.

Iranian officials had informed Syria that Latakia port will be used to transport Iranian oil derivatives to Syria through the Mediterranean in order to tackle the war-torn country’s power crisis.