The al-Omar and al-Tank oil fields are pumping up huge amounts of oil on a daily basis, which is then sold or smuggled across the country writes The Syrian Observatory for Human Rights. 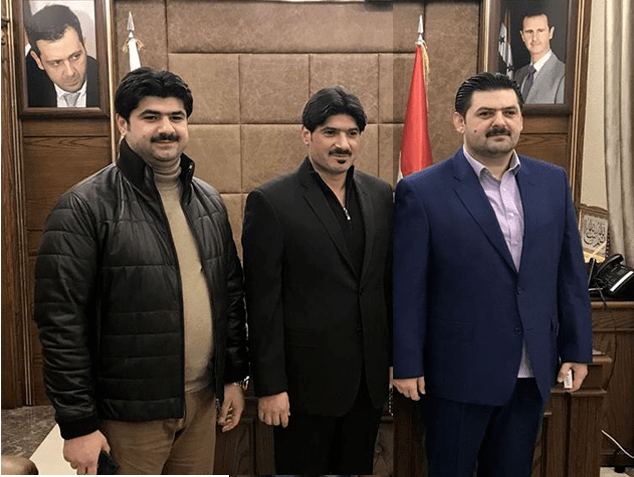 The Syrian Observatory for Human Rights learned from several reliable sources that on a daily basis, the al-Omar and al-Tank oil fields are pumping a total of 20,000 barrels from five wells named after families and people who used to control them after the regime lost the control of the area. The wells have been named: Abou Loqman, Abou Shawarib, Abou Naylunah, al-Bashar and Abou Jamrah. The sources confirmed that some of the barrels or tankers, known as “al-Hout” (the whale), can hold 100 barrels, while others, known as “al-Dudah” (the worm), can hold more than 200 barrels.

The value of the barrel is about 7,000 Syrian pounds. Reliable sources have confirmed that some of the oil is sold by the oil refiners, who operate east of the Euphrates and in areas controlled by the Syrian Democratic Forces (SDF). Some of the oil is sold to areas controlled by the regime forces and to regime refineries, where tankers that operate under the name “al-Qaterji” (run by MP Muhammad al-Qaterji, who is on the US sanctions), transports hundred of thousands of barrels per day.

Civilians have also invested in the oil fields, especially the elders from Deir ez-Zor province and east of the Euphrates. Here the investment process works for 24 hours, in exchange for a fixed amount of around three million Syrian pounds, sometimes more, depending on the well and its activity.

The Syrian Observatory for Human Rights also learned from reliable sources that the pumping operations at the al-Tank and al-Omar well are automated, without the need for tools and equipment as happens in other fields such as the al-Meleh Field and the al-Azraq Field which contains 14 wells.

There are fears that fraud is being committed during the filling process. Tankers are now weighed when they are empty, and again when they are filled, to ensure accuracy. Sources have also confirmed that the SDF are tightening their guard on the fields and wells, and impose a fine of up to 2,000 dollars on anyone caught stealing oil.

The Syrian Observatory for Human Rights has seen a video of the processes of smuggling crude oil and its derivatives, from the areas controlled by the SDF, east of the Euphrates, towards the regime controlled areas, and it being bought by a businessmen who is loyal to the regime and its supporters and who is under European sanctions.